Tom Six, Director of Human Centipede 2, Opens Up About His Shitty Ideas. 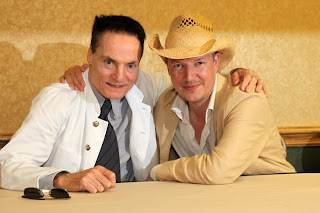 We were recently able to have a nice sit down with Tom Six, the director of the forthcoming horror film, The Human Centipede II (Full Sequence), in order to find out what inspired him to write such gross ass shit.

"Well," Six said, "it didn't start out as gross ass shit. The stuff I was coming up with was bizarre, but not quite at the level The Human Centipede turned out to be. I didn't really have any good ideas, to be honest. It took me around ten tries before I nailed it. But, man, all that hard work on stupid, stupid ideas really paid off."


When asked if he would share his prior, shittier ideas, he was more than agreeable. In fact, he even gave us screen test shots of the various ideas he was able to convince producers to waste time and money on. "Everyone really believed I would have a great idea one of these days. Every time I came up with some insane human-animal hybrid thing, they would still insist that we go ahead and screen test it. I don't know why. Of course, I wasn't going to argue with that. It was fun, regardless of how stupid and utterly shitty most of them turned out to be."

Below, you'll find the test shots themselves followed by a brief plot synopsis for each shitty idea. 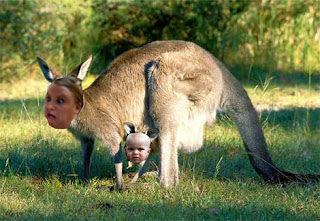 The Human Kangaroo was going to be about Nancy, a young woman looking to  have a child by any means necessary. She found the adoption process to be drawn-out and obnoxious, so she turned to alternative measures. After searching far and wide, she tracked down a doctor online who claimed to be able to help women in exactly her predicament. She was then flown to Australia on the doctor's dime, and I think you can figure out the rest. Human kangaroo. 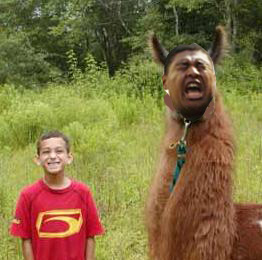 The Human Llama would have been a cautionary tale about the dangers of getting mixed up with the wrong crowd. Anthony, an overall decent kid, decided one day to buy some drugs from the dealer down the street. One thing lead to another, and before long he was selling the stuff himself. A few days later, a man in a limousine propositioned him for the biggest sell of his life, promising him he would never need to stand on that street corner again. As it turns out, he was correct. Human llama. 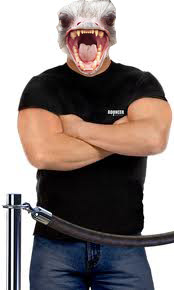 The Human Ostrich was also set to be a cautionary tale, but this time it would have spelled out what greed and ego can do to the human condition. Tyler always had a big head and a body to match. He constantly bullied people and wanted nothing more than power over everyone weaker than him. He took a job as a bouncer at a new club, and one day, the owner invited him to discuss his future. An enigmatic figure, the club owner spoke in vagaries about instilling fear in all who came before him. This kind of talk enticed Tyler to give his body up for what the club owner would only call "his destiny." What destiny was that? Human ostrich.


Those were the extent of the screen test shots Six was able to provide us with, not that any more evidence is needed to conclude that he does, in fact, think up a lot of dumb shit. Ideas that didn't make it to the testing phase were such monstrosities as The Human Blowfish, The Human Chihuahua, and The Human People, which, due to its horrible title, was later renamed The Human Centipede and released in theaters.

A big thank you goes out to Tom Six for his candid nature and willingness to openly discuss those piece of shit ideas. GPS is a big fan of the first Centipede, and we can't wait to see what fifty people stuck ass-to-mouth together will look like on the big screen.