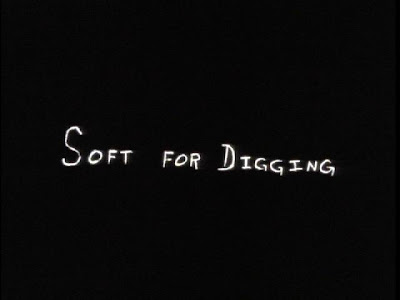 Most of you have probably never heard of J.T. Petty, but he has a couple of really interesting films under his belt. His second film, Mimic: Sentinel, has some pretty heavy Hitchcock influences, and I admired what he did with the material. Tonight, however, I watched Soft for Digging, his debut horror/drama outing, and what I found was something more akin to a movie from the first two decades of the 1900s as opposed to a work created within the past ten years.

Save for one speech near the end, there are only six words of dialogue spoken by anyone. The main character, Virgil, only ever says one word: "Murder!" Yes, this is a film about a nefarious deed done to someone probably undeserving of it. But the most admirable thing about Soft for Digging actually isn't its full-on horror aspects; it's also a film about one man's relative isolation and limited dealings with anything outside of his own affairs. There are title cards to introduce each "chapter" of the film, and all they do is describe or set up the group of scenes to follow. Each chapter usually has one major thing going on. For example, the first chapter is about introducing Virgil and showing his cat run away. The cat is important, but you get to watch the film to know why. 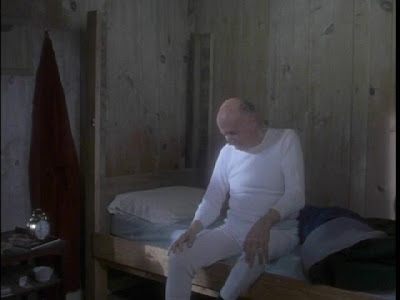 A simple man in a simple cabin.


Anyways, the silence in Soft for Digging is almost deafening, in the sense that it tells everything about Virgil and all that's going on around him without the need for spoken words. He's a simple man who lives out in a cabin in the woods of Maryland, and he seems to be pretty content with life until he sees something that understandably shook every fiber of his being. A girl is murdered out in the woods, and Virgil just happened to be there when it took place. From that moment on, he's tormented with dreams of the girl and her murderer, and those dreams eventually prompt him to leave the isolation of his cabin in search of answers. To be honest, up until a good while into the film, I wasn't sure that he even saw what he thought he did. I figured he's alone a lot of the time, his eyesight might not be as good as it once was, and his mind basically filled in the rest. Boy, was I wrong. A murder definitely took place, and it's thanks to Virgil's take-it-as-it-comes demeanor that anything at all got done about it. 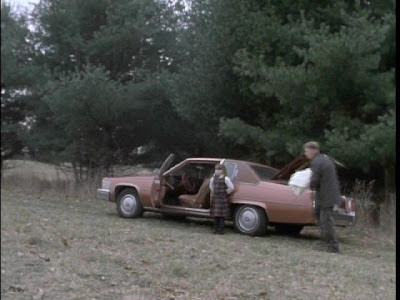 This is not a family picnic.

Until the end, the horror elements only show themselves in the dreams/visions of Virgil, and they're always designated by a few seconds of blackness and creepy sound effects, followed by the sequences themselves. They're like short, choppy nightmares that only give enough information for you to see that something is wrong, and Virgil is the only one who knows about it. The way the mystery is unveiled is extremely simple, yet resoundingly effective. There's no big production about what's going on - it just is. The lack of dialogue is probably the main reason for the uneasiness injected into almost every scene once Virgil's on the trail.

Here, Virgil tells the cops that he found the girl's body, but when they all go to dig it up, of course there's nothing there. Notice how the film doesn't rely on any spoken dialogue at all.

I guess I'll begrudgingly say that Soft for Digging isn't for everyone. The whole film is a build-up to a modest ending if you've seen a lot of horror movies, but for me the ending is perfectly satisfying. That, coupled with just watching the simplicity of Virgil's existence and how that simplicity was intruded upon was worth the 74 minutes spent with the film. Give it a shot if you're in the mood for something completely different.