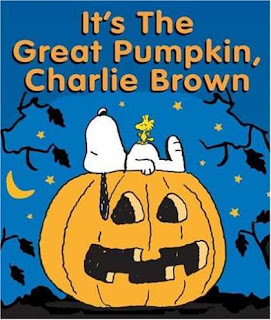 It was all trick and no treat that's angered parents about the live action version of "It's the Great Pumpkin Charlie Brown" during a recent test screening. The beloved kids classic has been changed into a horror story for contemporary audiences, but the filmmakers never tipped their hand about the tonal shift. The story of Peanut gang members Linus and Sally awaiting the arrival of the Great Pumpkin on Halloween eve remains the same, but in this version, the titular spirit will be dealing out death instead of candy. The family demographic was targeted as several hundred invitations were mailed out, but the parents and children who showed up were completely terrified about what they saw unfolding on the silver screen after the lights dimmed in the theater. 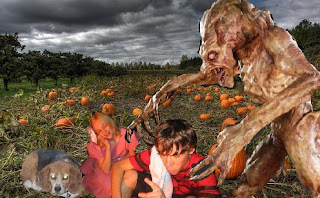 Snoopy, Sally, and Linus about to meet The Great Pumpkin


GPS learned that blood curdling screams echoed out into the lobby when the pandemonium began, and theater employees struggled to deal with an angry mob of refund demanding parents. Kids scattered and refused to come out of hiding. Theater seats became soaked as young patrons wet their pants in terror. S.W.A.T. teams were eventually brought in to control the agitated crowd, and order was restored after a short while. 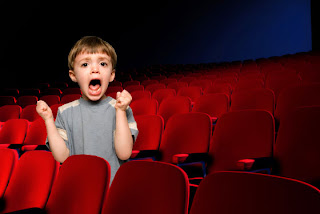 screams of pants pissing tots could be heard from the lobby 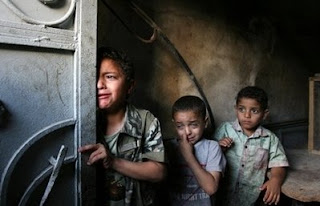 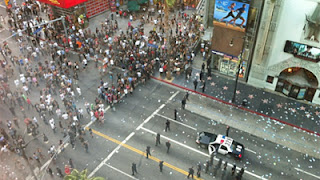 S.W.A.T. restores order after Great Pumpkin debacle
One livid mother described a particularly gory scene in the new Great Pumpkin for us. "So when the Great Pumpkin finally shows up..... he tears out Linus' heart and feeds it to Snoopy," the angry parent recounted. "Now my son Billy won't come out of the men's room crapper! He's traumatized for life and somebody's gonna fucking pay!" 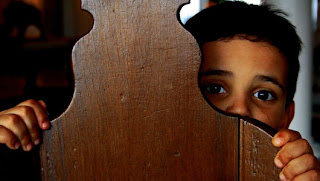 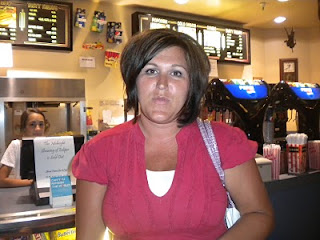 Billy's mom: "who do I send my kid's goddamn therapy bills to?"
So who is the mystery director responsible for the Great Pumpkin catastrophe anyways? GPS was unaware that a live action Great Pumpkin was in production, but after some digging, we found our man. It turns out that celebrated horror director Eli Roth made the film in secret and knew the test screening was targeted towards families. "Adult audiences are so jaded, and they think they can handle whatever torture porn we throw at them.....be it a sliced achilles tendon or a blow torched eyeball," Roth told us. "I needed new subjects to terrorize......kids are so innocent and pure......I wanted to be able to destroy those qualities.....what's more horrific than that?" When asked about the negative media coverage that has been generated as a result of the new Great Pumpkin, Roth appeared unrepentant. "Orson Welles had War of the Worlds......and I have The Great Pumpkin!" 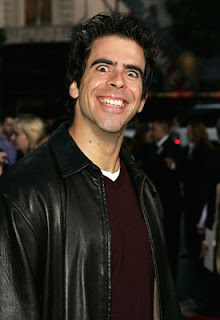 Follow Me To More MarkusWelby Madness
Posted by MarkusWelby1 at 5:01 PM