Kim Kardashian to Star in Biopic of Fat, Ugly Prostitute. 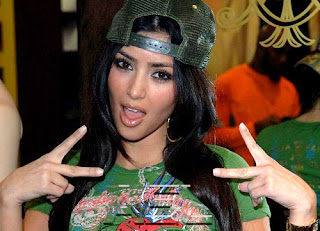 When asked why she signed on to Perry's new comedy, Kardashian gushed about her character, Ava. "She's such a smart woman," Kardashian said. "She helps a friend put her marriage back together by getting a makeover! That's so true! Makeovers always help me through rough patches!"

I wondered if she viewed this role as a way of branching out in her career, and she seemed to think that was the case. "Honestly, I really feel like I need to do something different. Something more important. I want to be talked about in the same sentence as the greats. You know, like Megan Fox or someone." 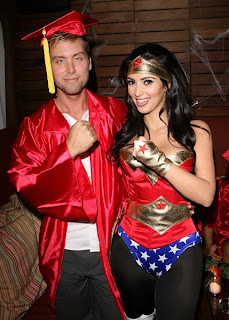 Kardashian, before she had dreams of winning an Oscar.

"I think The Marriage Counselor will be a lot of fun," Kardashian blurted out. "But what I really want to talk about is my next role. I play a down-and-out single mother who has to resort to prostitution just to get by. It's a really heart-breaking story." 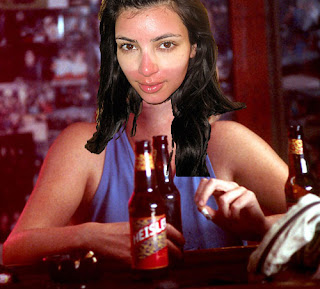 Kardashian shows off her acting ability by blending in with all the normal people.

Intrigued, I wanted to know more about her motivation for picking this role from what I can only imagine are dozens of other offers. "Well, I felt a connection to this woman," she said with wide-eyed enthusiasm. "I mean, she's kind of fat, you know? And she's a prostitute. It can't be easy. I want to disappear into the character, you know? I hope nobody recognizes me." 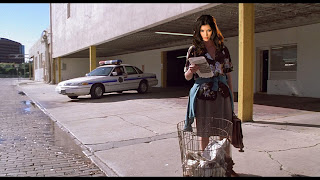 After narrowly avoiding getting busted for being a fat, ugly prostitute, Kardashian's character tries to read a newspaper.

Unsure of her dedication to looking like a fat, ugly prostitute, I asked if she was considering toning down the makeup she usually puts on. "Oh, of course," Kardashian said as she closed her pocket mirror. "I'm not using nearly as much blush or eye shadow. I'd say I'm probably going to end up using 20% less makeup. Whatever it ends up being, it needs to blend with the fat suit I'll be wearing." Kardashian then stood up and twirled around, showing off her body. "I definitely won't look like this. It's kind of liberating when you think about it. I'll look just like all the other women out there. I want to be an inspiration to the kids, you know?" 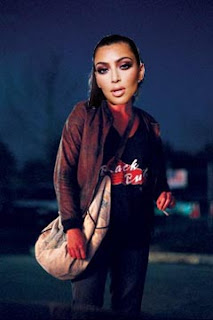 Kardashian's character tries to find a John. She's totally unrecognizable in the role.

The biopic has yet to find a title, but we're nonetheless eager to see more stills of Kardashian "disappearing" into the role. More on the story as it becomes available.