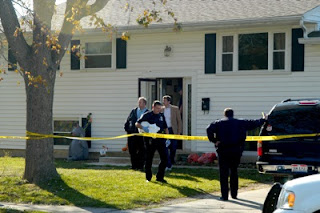 ***EDIT*** This post is now new and improved thanks to our friend Dylan@ manilovefilms.com . I sincerely apologize for my witty ineptitude. There clearly should have been an obvious "Elm Tree" joke associated in a post about "A Nightmare on Elm Street" and "Tree of Life" Thank you Dylan.

A teenage girl was found brutally slashed to death in the Elm Street community, and police can find neither a suspect nor motive for the brutal crime. "At this time we are baffled by this vicious act of violence, but we continue to make progress as the story unfolds," investigators said. An insider has leaked word that homicide detectives are looking to steer suspicion towards the parents, but Ted and Beulah Crappleberry are steadfastly maintaining their innocence in regards to the murder of their daughter Cindy. GPS was able to speak with the Crappleberrys and gain some insight on what went on the night of Cindy's slaughter.

Mr. and Mrs. Crappleberry told us that Cindy had been refusing to go to sleep, and she was abusing caffeine pills and Redbulls to keep herself awake. "She was having nightmares about some killer with knives for fingers named Freddy," Beulah divulged. "She hadn't slept in days, and we'd heard about this overly pretentious film called Tree of Life that was literally putting audiences to sleep. So we thought we'd give it a shot on family movie night." 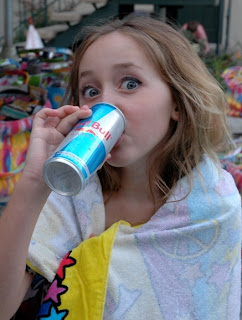 Cindy Crappleberry downing another Redbull to keep awake
When Ted went to Blockbuster that fateful evening, he was on the fence about renting Tree Of Life. "Transformers 3 is out and I gotta get this boring shit so my daughter will go to sleep," Mr. Crappleberry angrily recalled. "Dark of the Moon was in my fucking hands, but I also heard there were dinosaurs in Tree of Life so I figured it might be cool." Instead of Bay, Ted went the other way and couldn't have possibly have known how dire the consequences would be for his choice. Beulah said that initially their plan was working like a charm. After the first fifteen minutes of the film, they noticed Cindy fast asleep on the couch between them. "We were so relieved," Mrs. Crappleberry stated. "We were relieved that Cindy was finally sleeping again, and we were happy that we didn't have to watch anymore of Terrence Malick's God awful snore-fest."
Ted put Cindy into her bed, and that's the last time they saw her alive. "I found her in the morning," Ted told us. "It was just horrific......words cannot describe it." The Crappleberrys insist that if there is an undead serial killer stalking teens in their dreams, he must be working in collusion with director Terrence Malick. "Tree of Life puts them to sleep, and Freddy makes it the Elm Tree of Death," Ted says. "Simply a partnership of the most diabolical proportions." The grieving parents admit that if they had watched Transformers 3 instead, Cindy would still be alive. "The Bay-porn spectacle would have likely kept Cindy awake for at least another week," Ted guessed. "She would have been miserable, but at least she'd still be with us!" 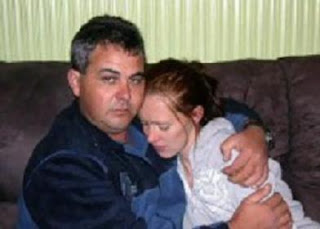 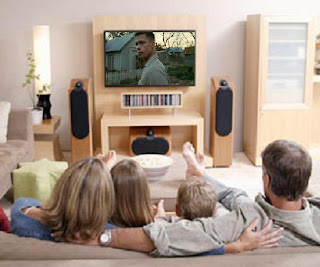 Tree of Life sends Cindy to slumberland on movie night instead

Hopefully the Crappleberrys will be absolved of any wrongdoing in connection with young Cindy's murder, but they have sought legal council just in case their fantastic tale doesn't go over well with authorities. It will be difficult to prove that a pretentious film director is working in tandem with an undead serial killer to annihilate suburban teens, but what if the Crappleberrys are right? Malick and Freddy working together could possibly represent the most unstoppable evil force the universe has ever seen. Tree Of Life was recently released on DVD and Blu-Ray, but GPS strongly recommends this film be avoided at all costs. Consider yourselves warned! 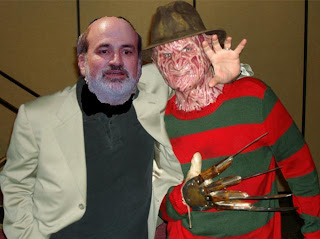 Malick & Freddy: a diabolical partnership born unto the universe
Tweet
Posted by MarkusWelby1 at 11:50 AM