Charles S. Dutton Signs On to Die in Another Horror Movie. 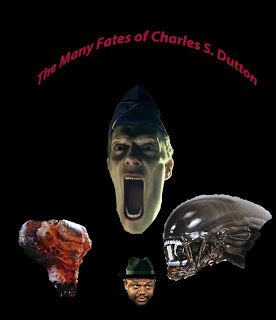 I don't know who to blame here, but Charles S. Dutton, the guy who died in Alien 3, Mimic, and Legion has set himself up to get horrendously murdered by a giant monster yet again. Dutton was unavailable for comment, but a spokesman for the actor was able to clarify a few things for us. "Firstly," said Dom Derple, Dutton's agent,"I can't divulge the name of the film or who Mr. Dutton will be playing. All I can tell you is that he'll let your guard down with his honest portrayal of a flawed, yet lovable man you just know is going to get his guts ripped out by hideous claws and teeth."


You might remember Dutton in 1992's Alien 3. He played Dillon, a self-styled murderer and rapist of women, whom Ripley comes into contact with after being awoken in that hell hole of a prison colony. He dies horribly yet nobly in the end:


Later, in 1997, you may have seen Dutton as Leonard, the security guard that gets royally fucked over in Guillermo del Toro's Mimic. He even sings a nice little song about it before he gets ripped apart. Quite the opposite of his character in Alien 3, he nevertheless dies horribly yet nobly in the end:


Fast-forward to 2012, and Dutton appears to be headed down a familiar road. Will he be eaten alive by subterranean cannibals? Maybe he'll meet his maker by strapping explosives to his chest and running into an egg nest. It's all speculation right now, but come next year, you can be sure that Charles S. Dutton will die a hero's death. 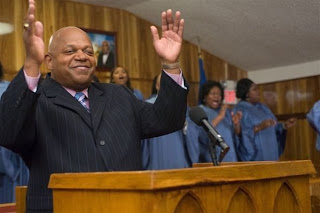 Dutton has saved more people than you've ever met.

Personally, I wouldn't mind him teaming up with del Toro once again, but the director of Hellboy seems to have a lot on his plate for the time being. Once we gather more concrete details on Dutton's next role, you can rest assured you'll be the first to hear about it.

[Editor's note - Two factors were to blame for GPS not having a clip of Dutton's demise in Legion. 1) Whatever company holds the rights can blow us. It wasn't on YouTube, and 2) Legion sucks, so we never requested a free review copy.]