Phoenix Jones to Appear in The Avengers; Gratuitous Pepper Spraying to Ensue.

As dawn approaches, so does the official trailer for Joss Whedon's upcoming superhero extravaganza, The Avengers. The public might think they know what to expect from the movie, but GPS was able to uncover a little tidbit that the mainstream press has yet to pick up on. Phoenix Jones, America's favorite superhero-crime-fighter-guy, will be making some sort of appearance in The Avengers. The extent of his role has yet to be determined, but for those of you clamoring for more info, we have just that after the jump.


The Seattle, Washington-based tough guy might seem like a bizarre choice, but Jones is no stranger to superhero movies. On his mostly all-caps Twitter feed, Jones praised Captain America, saying "...it might just be the best movie ever". One could argue a conflict of interest, but there's no denying Jones' passion for crime-fighting. 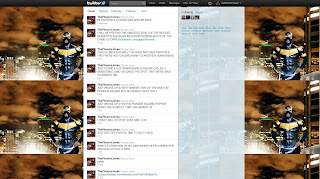 Such crime-fighting insights as "I'M ON PATROL DOWNTOWN WITH MY WIFE," and "I THINK I WILL STOP BY GEEK GIRL CON" are among the updates on Jones' Twitter page.

In case you aren't aware of Phoenix Jones' fighting prowess, he's been patrolling the streets of Seattle for at least a year now, and is even the head of a ten-member super hero group, called The Rain City Superhero Movement. If those credentials aren't enough, he also likes to pepper spray people in the face.

One such incident was recently caught on video:

How does Phoenix Jones fit into The Avengers? As I said earlier, details are hard to come by at this point, but it sounds like he'll be playing the role of the plucky newcomer who's yet to really learn the ropes of being a true superhero. Our guess is that it will involve a lot of Jones running full-speed into groups of super villains, armed with a can of mace and a vuvuzela. He'll then get his ass kicked, and Tony Stark will mercilessly mock him to his face.

One of our better interns was able to dig up a new poster for The Avengers with Phoenix Jones added alongside The Hulk, Iron Man, Nick Fury, Thor, and Captain America. 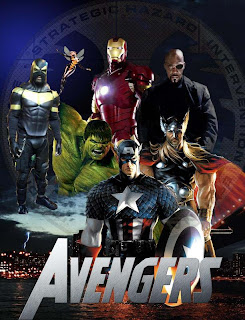 We'll be interested to see the reaction from fans of the franchise, as this departure from canon could potentially alienate those with a long-standing history of reading the source material.

Is Joss Whedon making the right choice by inserting Phoenix Jones into The Avengers' lineup? Only time will tell, but in the meantime, what do you think? Should Jones stay or go?