Army Of The 12 Monkeys Claim Responsibility For Ohio Animal Escape 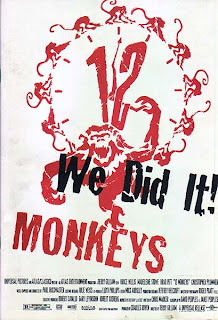 Over fifty exotic animals were shot and killed after being unleashed onto the populace of Muskingum County Ohio, and authorities are still trying to piece the details of the puzzle together in the aftermath. GPS has learned from an anonymous source that wildlife preserve owner Terry Thompson was a member of the Army of the 12 Monkeys, and was under orders from maniacal leader Jeffrey Goines to set the dangerous animals free. Goines is a well known fanatical animal rights advocate, and his 12 Monkey propaganda has been found littered throughout Thompson's home. The former mental patient and 12 Monkey chief has been inactive for over a decade now, but evidence of his re emergence is mounting. He's been seen in media photos hiding in plain sight with Muskingum County Sheriff Matt Lutz, and 12 Monkey graffiti has been sighted in multiple Ohio locations. 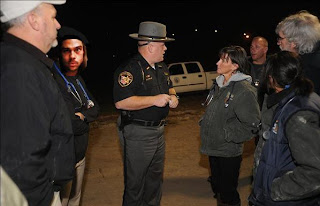 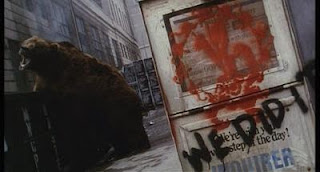 an escaped bear next to 12 Monkey grafitti
Officials are also baffled as to the whereabouts of a man known as James Cole. Cole was recently apprehended by the police on the suspicion of his involvement with Goines and the 12 Monkeys, but somehow disappeared from a guarded prison cell. According to a police spokesperson, "Cole was last seen on Highway 80 wearing some kind of weird spacesuit." The authorities warn that Cole is considered to be dangerous and not to approach him if spotted. Cole and Goines spent time together in a mental institution back in the 90's, and his exact connection to the story continues to bewilder as more information trickles in. 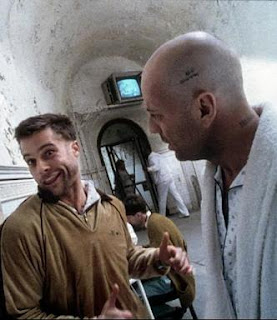 Goines and Cole in the asylum back in their crazy days 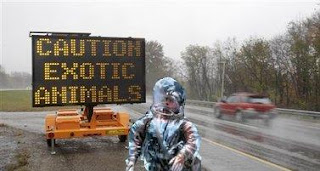 a passerby's snapshot of Cole in his spacesuit on highway 80
Though the animal outbreak has been mostly contained, authorities suspect that a monkey infected with the herpes virus is still on the loose. Could the ultimate goal of the 12 Monkeys be to infect the population with herpes? The true motive is still unknown, but grocery stores and pharmacies warn consumers to brace for an inevitable topical cream shortage. GPS will continue to provide the latest update information as it arrives, but advises all readers to thoroughly check their bodies and genitals for herpes symptoms if there's been recent contact with a monkey. 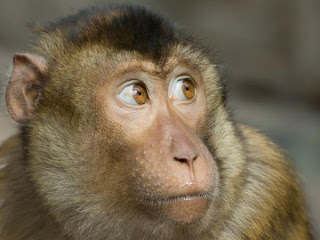 if exposed to the herpes monkey...... 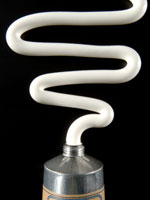 This Way To More MarkusWelby Mischief
Posted by MarkusWelby1 at 2:45 PM