James Wan "Really, Really Sorry" About All Those Saws. 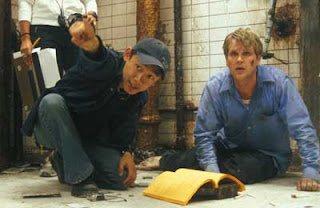 Director James Wan may have been able to make a pretty great career for himself after helming the original Saw, but in an exclusive GPS interview, he comes to terms with the fact that he's responsible for overseeing six more iterations of the horror franchise. "I'm really, really sorry, you guys. I didn't plan ahead this far; I thought it would be a one-off deal," the horror maestro said when confronted with his own printed-out IMDB producer credits. Wan also added, "Look, if I'm going down for this, I'm not going alone. Go ask Eli Roth why he had to make Hostel, like, less than a year after I did Saw. I mean, c'mon. Talk about riding coat tails. Oh, and by the way, just because you have Edwige Fenech in your movie for ten seconds, it doesn't mean you just made a giallo. Sorry."


Wan's next movie, Dead Silence, was quite the departure from the very human horror of Saw. In Dead Silence, the ghost of a creepy ventriloquist haunts a small town, and Wan was keen on the differences between the two films. "I didn't have to watch anyone saw their own leg off, for one," he said. "I kind of lost some sleep over that. But with Dead Silence," Wan continued, "I slept like a baby every night. I even had Donnie Wahlberg sign a New Kids on the Block poster for me. It was great fun all around." 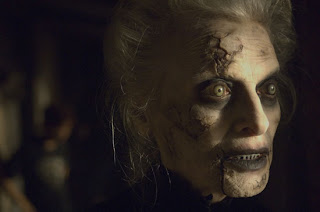 While she played an awesome movie monster, Judith Roberts did not go on to reprise her role as Mary Shaw twelve more times.

Wan then transitioned away from horror for a short time when he collaborated with Kevin Bacon in the revenge thriller, Death Sentence. In it, Bacon loses a son to senseless violence. To offset the loss, he shaves his head and shotguns people's legs off. When asked about the departure, Wan noted that the film is still horrific, and that it maintained his signature gritty style. "Quite simply, I think the terror of losing family makes Death Sentence a horror film." 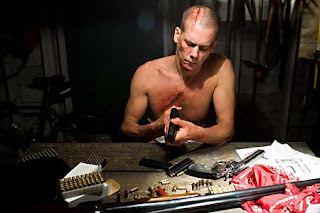 Even while in the depths of pain and anguish over losing a son, Nick Hume never made anyone jump into a pit of needles. He also never blow torched anyone's eyeball until it dangled like a yo-yo, or ripped a man's penis from its rightful home in the crotch.

That's a fair point, and whether or not you view Death Sentence as horror, Wan's next outing left little to puzzle out in that regard. Insidious, a haunted house picture, was released earlier this year to positive reviews.When asked why he felt the desire to make a horror movie in a sub-genre that's been done to death, he said, "I wanted to make a movie that had something to do with limbo, and characters interacting with other characters stuck in some kind of in-between." 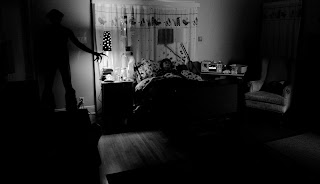 Despite featuring a demon that wants to possess living souls, Insidious is notably tame compared to a movie where a man climbs inside a furnace to burn himself to death.

All of this is very fascinating, to be sure. Still, after Wan and I talked for at least an hour about character development and the fact that I usually want people to die in horror movies, I brought the conversation back to the topic at hand. I reminded him that he's still a big reason "torture porn" is so prevalent these days, and he was quick to attempt a rebuttal. "What the hell do you want me to say?" Wan remarked in a raised voice with flailing hands. "I made a pretty kick-ass horror movie in Saw. The second one blew shit, and the third one was actually decent. I don't really know what the deal is with the rest of them. There are, like, 3 or 4 more of them, right? Yea, I know I'm listed as executive producer. That's how I get paid. It's not like I'm on the set or anything." 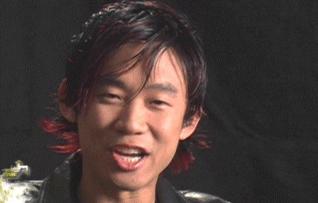 James Wan calling me a "gotcha media tool" during the interview.

One last time, just for the record, I told Wan that he will forever go down in movie history as the progenitor of Saw in Space, which is most likely coming soon. Wan didn't like that idea, though. "Man, fuck you. First of all, Saw will never go into space. This isn't Hellraiser or Jason or something. If anything, I'd like to take it in a totally different direction."

Curious, I had our worst intern berate Wan with torrents of whining until he finally told me his idea. "OK," Wan said while winding-up his pitch, "Picture this: Jigsaw vs. Columbo. That's all I'll say." Wan made the zipper-mouth gesture and shook his head when I mentioned that Peter Falk had died already, which leads me to conclude that they either already filmed it, or CG will be used to put Falk's head on Andy Serkis' body. 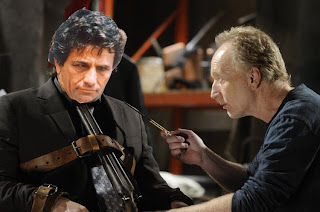 While Wan hasn't quite sold me on his Columbo/Saw mash-up, I can see the potential there. I think Jigsaw would eventually buckle after being asked "one last question."