Terrence Malick Falls Asleep During Tree of Life Screening; Nobody Seems to Notice. 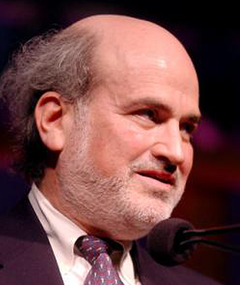 Terrence Malick was caught snoozing over the weekend during a special screening of  his latest film, The Tree of Life, which is about the majesty of the sun as it makes all metaphors possible and Brad Pitt wearing a fedora while beating his kids or something. GPS found the director after the event, and his explanation for his heavy eyelids isn't what you'd expect. On second thought, maybe it is.


When asked how in the world he could allow himself to pass out during his own damn movie, the director said, "I didn't fall asleep. I wanted to experience the film on another level of consciousness."

At that point, I had to bite and asked how that turned out for him. "Not so well," the director confessed. "It was a lot darker than I had hoped. And my mother was there. I haven't processed it all yet, but I think I might have to make a film about it."

Fortunately for the polarizing filmmaker, he wasn't the only one in the theater trying to alter consciousness levels. 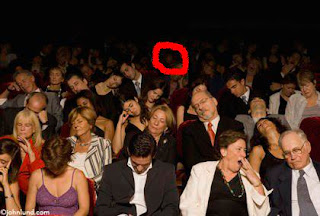 Malick, circled in red, was in good company for his screening of The Tree of Life.

Not everyone was fully aware of exactly what happened during the film, as Anna Merkel, one of the audience members, told us after it was over. "It was the masterpiece of masterpieces; every image held the weight of the world in it. The Christian symbolism was obvious yet not overbearing." Upon being asked to give a brief plot synopsis, Merkel wasn't quite as glowing. "Honestly, I just woke up. Everything's a bit hazy. I remember....Earth. Sean Penn looking sad....the rest is...a bit...I dunno." 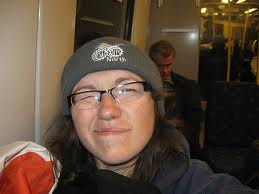 The lights outside the theater proved too much for Anna Merkel, who just woke up.

In related news, the U.S. government has begun looking into what role, if any, movies can play as an effective mass sedative on enemy combatants during times of war. More on that story as it becomes available. As for Malick and his alertness problem, that's for him to deal with.