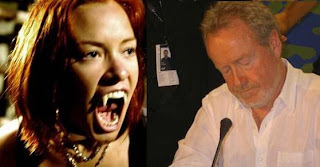 Ridley Scott, the legendary filmmaker who has given birth to such classics as Alien, Bladerunner, and Gladiator, announced today that he will be releasing a director's cut of Uwe Boll's seminal masterpiece, Bloodrayne. In a press release, Scott said, "I'll be shooting a few extra scenes with the principal cast and also cobbling together whatever crap I can from the editing room floor. It's a big floor. And messy. Shit's everywhere."

First on Scott's to-do list was to get rid of Ben Kingsley's awful, awful hair piece. 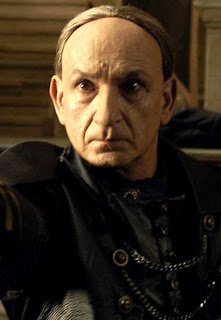 Aside from growing bald again, Kingsley will also be shooting extra dialogue scenes. But this time, as Scott puts it, "He'll need to call upon some different emotions. Basically anything other than detached boredom. We already have enough shots of him doing that."

Scott knows scene stealers when he sees them, and he also knows who should have had a more prominent role in Boll's Bloodrayne: Billy Zane. As Scott tells us, "Every time Zane was on-screen, it was great. Then he went away, and everything started to suck again. I'll fix that." 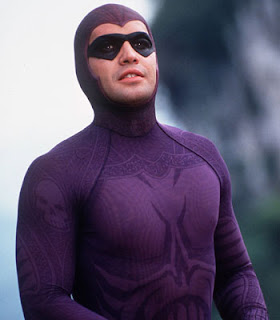 This isn't Zane portraying Elrich in Bloodrayne. It's actually Zane in something nobody wants to remember, but still happened.

Curious about Scott's motives, we asked him why he decided to do this with another director's film. "Well," Scott said, "I was bored. Honestly, I saw this thing when it came out in 2005 or whenever, and it sucked hard. So now, I figure I could do everyone a favor by taking ten minutes to actually look at what's on screen and figure out how to make it better. It's not rocket science."

When eventually reached for comment, Uwe Boll said he was "...excited at the opportunity to add a new revenue stream." Fair enough.

On whether or not he cared about scenes he originally cut making their way back into the film, the director added, "I don't even know what we cut. I was on the phone in my office the whole time we were shooting, so Mr. Scott can do whatever he wants. People will buy this shit on Blu-ray, so whatever. I gotta go, my Hot Pocket is getting cold."

While a firm release date has yet to be set for the DVD and Blu-ray releases of Bloodrayne: Director's Cut, you can rest assured that GPS will keep checking back with Scott Free for periodic updates. We probably won't contact Uwe Boll again, though.