Phoenix Jones Kicked Off Set of The Avengers for Assaulting Robert Downey Jr. 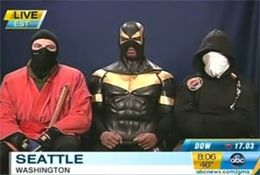 We reported on Tuesday that Seattle's best-known crime fighter, Phoenix Jones, was set to appear in Joss Whedon's The Avengers. Earlier this morning, however, Jones was seen being escorted from the Disney studio lot after getting into an altercation with Robert Downey Jr. He and Chris Hemsworth were in the middle of filming a fight scene when, out of nowhere, Jones came sprinting into frame, wildly shooting pepper spray all over the place.


Jones then tackled Downey Jr. and punched him in the mouth. Luckily, Hemsworth was able to subdue the (seemingly) mentally challenged super hero and hold him in an arm bar until studio security arrived and took over. 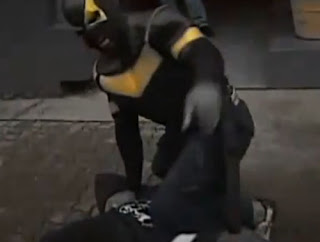 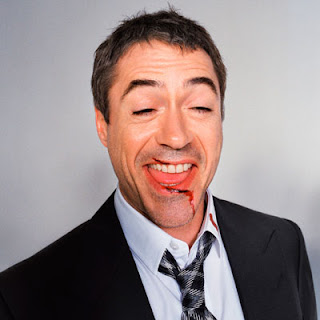 A surprised but amused Downey Jr. after the incident.

When reached for comment, Jones said, "I don't know what to say. I came out of my trailer, and there were two dudes punching each other. What else was I supposed to do? I whipped out my spray can, took some deep breaths, and charged. That's how I roll. It's unfortunate that something like this happened, but they really should have informed me there would be fake fights going on." 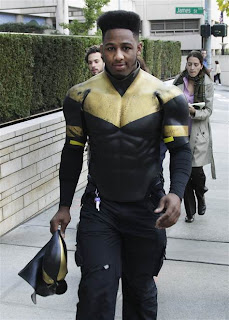 Jones after being kicked off the movie, still somehow in high spirits.

There's no word on whether or not Jones' character will be replaced, but the set is a lot safer with him gone. More on this story as it unfolds.