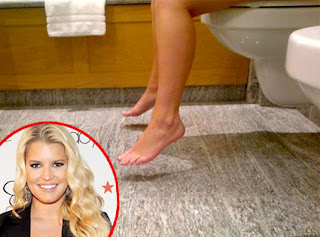 In today's world of the celebrity obsessed, is it even possible to be given too much information? That's exactly what Jessica Simpson has been accused of as media hounds everywhere are blasting her this week for tweeting while on the toilet. The 30 year old singer posted a twitter pic and told her four million plus followers that she was having, "short girl problems" while sitting sans shoes on a swanky department store commode. The Simpson camp is flustered enough by constant pregnancy queries from the media circus regarding their starlets ever growing belly, and the turd-a-licious tweet just adds to an ever growing shit-storm of bad publicity. Now the question we at GPS have isn't why she toilet tweeted, but rather who the hell took the infamous photo anyways? It's up to our crackerjack staff of interns to dip into their well of bribes and sexual favors to uncover even more unnecessary intel.


After many failed attempts, GPS was finally able to speak with Jessica and flush all media speculation right down the porcelain throne. Simpson has apparently been offered a major role in a horror film project known as "The Evil Crapper Attacker." The supernatural tale involves a burrito vendor who demonically possesses his customers after they ingest his unholy treats, and she's been doing method actor style research to prepare for the part. "Once you eat the vendor's burrito, a shit demon gestates inside until eventually your sphincter bursts and brings it forth," the singer revealed. "I've been sampling every greasy bowl busting burrito stand that I can find and chronicling the aftermath in a journal. I think I've gained about twenty pounds so far, but look at what method actors like De Niro do to morph themselves into a role. My grossly inflated belly and toilet tweets are just me being as equally passionate about my own craft." When asked if the twit pic was absolutely necessary she replied, "see if you can eat a two pound Daddy Donkey special with extra habanero peppers and not produce a shit-demon afterward. I think it was totally relevant." 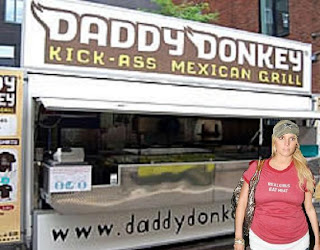 Simpson about to ingest two pound Daddy Donkey for research
GPS is always appreciative of horror films that have unique concepts, but we wondered what director would even be crazy enough to attempt a story about latrine birthed shit-demons? Tom Six is tackling the material after finishing Human Centipede III: Final Sequence. Six was actually happy to speak with us about his collaboration with Simpson since nobody else is clamoring to spend time with the vilified filmmaker. "This will actually be very much like Hitchcock's Psycho," said the master of fecal fright. "Similar to Janet Leigh in that classic, people will think Simpson is the main character.....then she'll die horribly giving birth to the first shit-demon." Tom informed us that he's been helping her with the method research, and he took the notorious toilet tweeting photo. Mr. Six also stated that "The Evil Crapper Attacker" is only a working title. "We've considered many different names for the project," Six said excitedly. "At one point we were even thinking about calling it Daisy Dukes Demonically in reference to her amazing work in 05's The Dukes Of Hazzard and filming it in 3-D of course." Six has even shot some early test footage of the shit-demons, but iterates that he must finish HCIII before committing fully to his partnership with Simpson. "The Final Sequence comes first, but here's a little taste of what's to come to whet your appetite," he said while producing a still shot of the doo-doo demon. 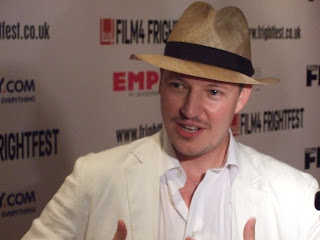 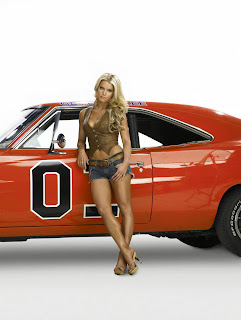 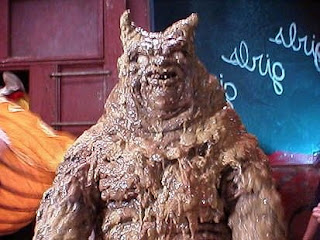 our appetites were lost instead of whetted after seeing this
Needless to say, but this is a completely risky project for anyone who would dare to be involved with it. Simpson hasn't exactly shattered box office records with her body of work, but maybe her partnership with Six will just be the beginning of a potent director star combo like the one De Niro has with Scorsese. After all, she needs something to daydream about while in the bathroom dealing with the aftershocks of the two pound Daddy Donkey right?
Posted by MarkusWelby1 at 12:35 PM