GPSerious: Are You A Movie Hoarder? GPS Is Here To Help! 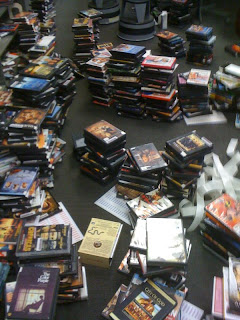 I'm not quite as obsessed as I used to be, but after collecting DVDs and now Blu-rays for the past twelve years, I've amassed quite a huge stockpile of cine-wonderful entertainment. There's an unfortunate downside to being a rabid collector. On any given night, simply trying to find my copy of "The Lost Boys" was like venturing into the warehouse at the end of "Raiders." A daunting task that usually ends up with me cussing and suffering from "Two Corey" withdrawal symptoms. Oh the insanity! 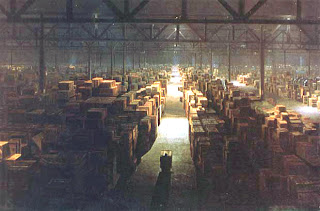 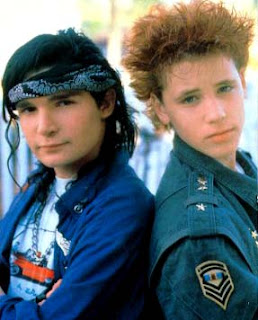 so I can get my two Corey fix on!
My unorganized collection was walling me in and making my home a prison. I needed to stop, but when Best Buy has "Revenge of the Nerds" in the bargain bin for $4.99, I'm there like stink on doo-doo. The collection continues to grow, but I've finally managed to contain the mountain of mayhem.  There's a million movie blogs out there on the web, and I'm guessing there must be others who struggle to climb their DVD version of Mount Everest like we do at GPS. There's help. The first step is admitting you have a problem. I'll go first. "My name is MarkusWelby, and I am a movie hoarder." The last time I bought a movie was five days ago. It was the "Alien Anthology" Blu-ray set. I couldn't resist the temptation of seeing Bishop do the thing with the knife in glorious 1080p and I caved. I'm ashamed of myself. 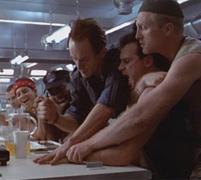 powerless to resist the 1080p thing with the knife
We at GPS have come up with a simple twelve step program to combat this deadly disease. 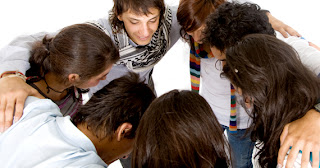 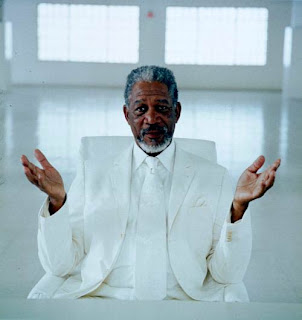 and the power of Morgan Freeman 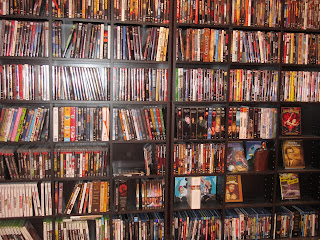 could restore sanity to my life and movie collection
Will you take the first step to recovery?


This Way To See Phobo's Own Personal Movie Mountain