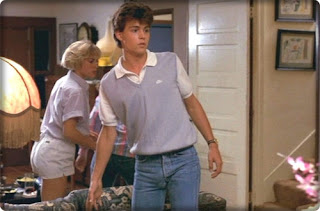 Up until early this morning, everyone, including authorities, thought Glen Lantz was dead. For the past week, Springwood, Ohio detectives have been conducting DNA tests on exhumed remains in an attempt to solve logbook discrepancies of a handful of grizzly 1984 murders.


Despite all the digging up of corpses and scientific testing, Lantz ended up being found by pure and simple internet research. We here at GPS pride ourselves on our interns' abilities when it comes to looking shit up, and yet again, they didn't disappoint. 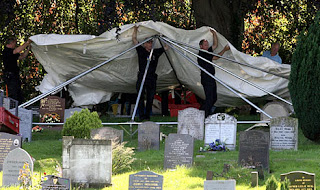 As it turns out, Lantz has been living in upstate New York, writing novels under the pseudonym Mort Rainey. For security purposes, we kept our best internet researchers at our home office and sent Brian, our new guy, to New York in an attempt at first contact with Lantz. 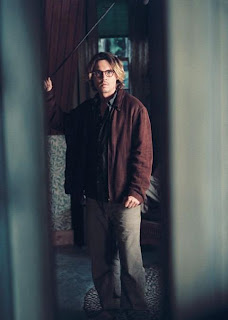 Brian startled Lantz, who hasn't been photographed since 1984.

While not exactly open to discussing his past, Lantz did affirm his identity, although it took some coddling. When asked why he kept his location and identity secret, Lantz said, "Have you seen the tapes on what happened to me? What would you do if you had to explain that shit?"

The only tape on file seems to show Lantz biting the big one...hard.

"Well, obviously, that's not my blood on the ceiling," Lantz told us. "I'm not going to get into what was under that bed, but I'll just say that I've seen shit that would turn you white. You know, if anyone had bothered to check back, oh, say, three days after that happened, they would have found me in my back yard naked and freezing. I'd like to send out a special fuck you to the Springwood sheriff's office." 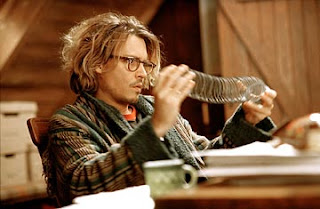 Lantz agreed to answer our questions, but only after we provided him with a slinky and some black coffee.

As for any kind of family reunion, Lantz says it's out of the question. "To be honest, I've been going through some weird shit out there in New York, so I really can't deal with demons from the past. Just talking to you is giving me a migraine. In fact, we're done here. I'm keeping the slinky." 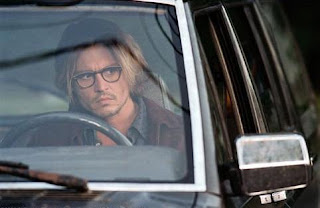 Lantz gives Brian a final, disgusted look before he drives away, never to be seen again.

While this story doesn't end on the happy note we'd hoped for, it's enough for us here at GPS to know he still has a life and some measure of success. We would like to extend all the gratitude in the world to Lantz for allowing us to talk about his past ordeals, and we wish him much better luck in the future.