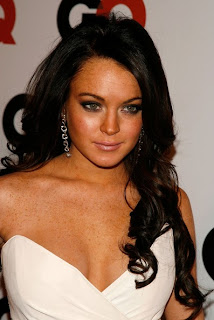 When we at GPS heard the news that Lindsay Lohan was going to pose naked for Playboy, we had to reach out to the magazine giant and ask someone there if they'd actually seen Lohan in the past five years. While a rep for the magazine did eventually get back to us, they didn't seem to understand the question. "What are you talking about?" The rep asked. "The actress from Mean Girls? She's gorgeous. I'm not wasting any more time on this call."


Now it appears the photo shoot has taken place, but no one is saying anything about it. Well, Lohan's mom said it "went well," but that's her mom, so who cares. Playboy isn't commenting on the record, and neither are Lohan's people. Luckily, GPS has sneaky interns who uncovered the truth as to why everything is so hush-hush from both camps. As it turns out, Playboy had no idea Lohan had spent the past five years in a drug-induced stupor, going so far as to get charged with a DUI, and "accidentally" stealing a large, expensive necklace while probably smoking meth and yelling about how entitled she is. 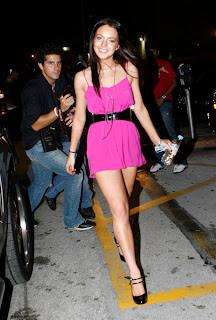 The nudie mag thought they totally scored when they figured this girl was going to show up and take her clothes off for them. 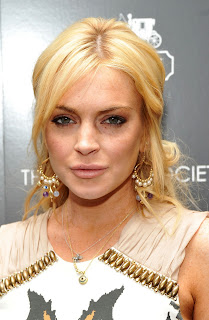 When a female Skeletor arrived instead, Playboy had to think quickly.

According to our sources, Playboy went ahead with the shoot as a courtesy to Lohan, but soon afterward had to take her aside and inform her that they weren't going to be using any of the photos. She was overheard screaming about the $750,000 they promised her, and that she "knew someone" who could "fuck them up." 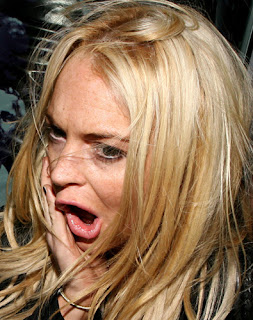 Lohan tried to intimidate the photographers with her "mean face." 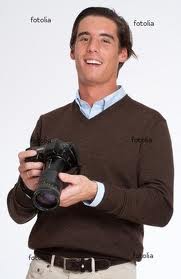 Unfortunately for Lohan, nobody was buying her bullshit.

Sources tell us it was at that point when Lohan stormed off the set, vowing to "go elsewhere with these babies," while pointing in the general area of her chest. She then remarked that "Someone's going to have a fun time with them tonight, that's for sure. And it won't be YOU! Unless, you know...hey, I can take checks." 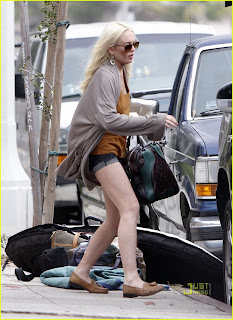 Lohan was last seen packing all her shit in her car and acting like a crazy bag lady.

Normally this is the part where I say we'll keep you informed as the story unfolds, but this is probably all you're going to get. That is, unless she misses another session at the morgue.