Paul Newman : A Life Worth Remembering. 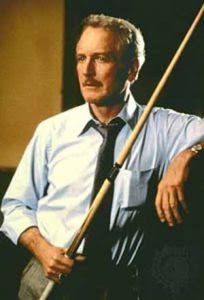 Once in a great while, an actor comes along whose talent not only makes them famous, but when it's all said and done, defines an era. With a career that spanned fifty( ! ) years, Paul Newman has taken his much deserved place among the list of movie giants. The first film I ever saw of his was The Color of Money. I thought Tom Cruise was great, but "Fast" Eddie Felson was the real anchor of the film. It lived and breathed with him. I hadn't seen The Hustler at the time, so I didn't have the same appreciation for the character I have now, but I knew I was watching a legend at work. Over the years, I've seen him inhabit the roles destined for greatness; the ones that another fifty years from now will still be watched and studied in film classes all over the world. He's worked with the likes of Alfred Hitchcock, George Roy Hill, Sidney Lumet, Martin Scorsese, the Coen brothers -- the list goes on and on. His filmography reads like a greatest hits of the last half-century, and I feel priveliged to be able to say I was alive when one of history's greatest talents was still working. And while his passing was sad, indeed, it affords me the honor of going back through the years and showcasing those films that left such an indelible impression on me. And with that said, I present just a handful of his greatest moments in the hope that someone new to his body of work can find and appreciate it. 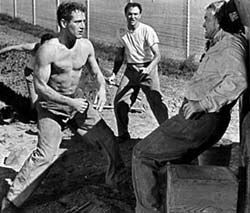 In his first real breakout role, Paul Newman plays Rocky Graziano, a street punk turned professional boxer. James Dean originally had the role, but his death opened the door for Newman to take it and make it his own. And he did just that, playing Graziano as a right bastard of a kid who doesn't care about anyone but himself. He gets into fights, runs from the cops, and basically tries really hard to piss off anyone within earshot. Eventually, through all his antics and jail stints, he winds up enlisted in the military. Not being one to handle authority very well, he goes A.W.O.L., and after picking up a few low-paying boxing fights for a time, gets thrown back in jail for desertion. It's from that point on Graziano matures a bit and tries to make a name for himself with his fists. The acting of the supporting cast isn't universally great, but the story and the fact that it's based on a real person more than hold it above water. Newman does some great character work in this film, and it paved the way for this next selection, made three years later. 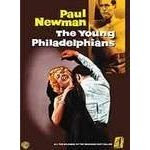 Much is made about Capra films and how they teach moral lessons everyone can learn from. But while Capra prefers to use a sledgehammer, this film employs the strokes of a paintbrush. Newman's Anthony Lawrence is a law student from a good family, whose working his way through college and, eventually, up to practicing with a law firm. He's a genuinely good person, and all throughout his college and early career, we see him try to help his friends with whatever they need while not resorting to dirty chess, as they say. But everything he's worked so hard for is challenged when someone he cares about gets into serious trouble. Suffice it to say he's thrust into a make-or-break case, and his career -- his life -- are at risk. This is one of my favorite early Paul Newman films, for several reasons. His subtlety is on full display, if that makes any sense, and the story is gripping and heartfelt the entire way. There's not one big, moral decision to ponder; his everyday life is filled with small choices that, as he continues making them, flesh out his character and add genuine heft to the dark road he has to travel across. Highly recommended. 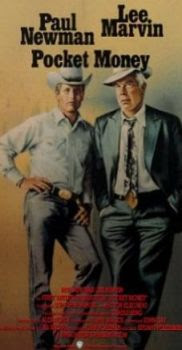 Pocket Money is the story of Jim(Newman), a broke but honest cowboy, and Leonard(Lee Marvin), his hustler friend. Needing money, they make a deal with a shady character to heard some cattle across the country. They find out just how shady their new business partner is when they start bringing the cattle, but promises made to them aren't exactly honored. The film mostly concerns itself with watching Jim and Leonard try to buy the cattle, find places to keep and transport them, and get back to collect their hard-earned checks. Newman and Marvin make a fantastic duo, and Marvin gets most of the film's funniest bits. The way he talks to and about other people is hilarious a lot of the time, while Newman plays it more straight. It's definitely not a heavy piece, but it's fun and you're always waiting for the next thing to go wrong for these guys. 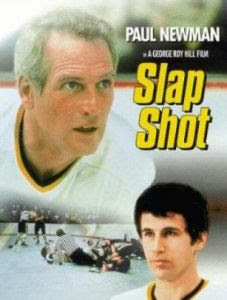 Where to start with Slap Shot? The Hansons!!! Newman is Reggie Dunlop, an aging player-coach for a hockey team facing dismantlement. As they travel to and from games, he tells the players that the team is close to being bought out so as to keep their spirits high and their game sharp. It's a comedy, and most of it comes in the form of the Hanson brothers, a trio of hockey thugs brought in to crush some skulls. I won't ruin any of their moments, but every time they're on screen, it's classic. Newman is fantastic as well, playing a man whose only way of existing is about to collapse from under him. He hides the truth from his players and from himself as well, because he knows what it would mean for their lives and for the town that supports them. This is one of the all-time great sports movies, and regardless if you're a fan of hockey or not, I guarantee you'll like this film. 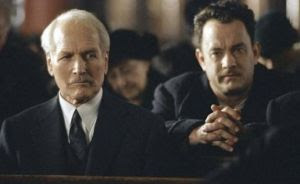 In his last great role, Newman plays John Rooney, the patriarch of a 1940's-era Irish mob family. The story centers around Tom Hanks' character and his son as they try to find a solution to a fatal problem. Hanks is part of the mob, and when his son accidentally sees something he shouldn't have, he takes him on the road as a way of buying some time for them to figure out what their options are. While Newman isn't in the movie a whole lot, the scenes he's in are the most moving and brutally honest in the whole film. When he and Hanks sit down to play the piano together, it's like time stops and allows the moment to linger, knowing the possibility of what is to come. It's amazing to see him, after all these years, still able to command attention whenever he's on screen. It's a fantastic send-off to a brilliant career.


Before I'm done, I want to briefly mention the kind of person Paul Newman was. It's obvious with all the work he's done and money he's raised for charity that his intentions were never for himself. His generosity has helped a lot of people, and his legacy will live on. It's sad to lose someone who had so much to give to the world, but it's a blessing that we can remember who he was and what he accomplished with his life.


There are so many important films I didn't cover in the preceeding paragraphs, but my goal wasn't to write a laundry list of his films. Instead, I wanted to show a glimpse of what his diversity and range truly entailed. I'm sure you've never seen at least one of these films, and if reading this inspires you to seek it out, then I've accomplished what I set out to do. It's almost hard to believe it, but there are people who have never even heard of Paul Newman. He ranks among the upper echaelon of legendary artists, yet to some, his name doesn't ring a bell. So yes, almost selfishly, I want you to watch at least one Paul Newman film. Or maybe take a film class at a college somewhere -- I'm sure they could point him out to you.