If you've never watched any anime before, it's hard to say where you should start. A huge majority of them fall under one category, and if all you've been exposed to is the usual shonen fare, I could forgive you if you tipped your hat and said "Good day, sir." There's a place for everything, and I happen to enjoy the occasional fluff, but that's not why I'm here with you now.


Satoshi Kon's body of work is so far removed from the adolescent male oriented, action heavy serials that it's almost a genre of its own. His movies have depth and meaning that rival anything Hollywood has to offer, and in a lot of cases, surpasses them. In this first round of conversation, I'll talk about two of his films: Perfect Blue and Paprika. While they're both wildly different in plot, their executions do bare a similarity, which I'll touch on in a moment. So without further adieu, I give you two examples of Satoshi Kon's excellence in anime: 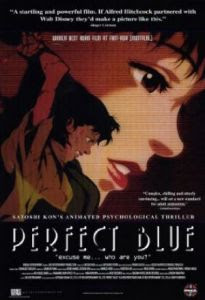 Mima is part of a J-pop girl trio, who sing about the usual J-pop girl trio stuff, such as love, finding happiness, believing in yourself, yadda-yadda. But early on in the film, she decides she's had enough of repeating silly choruses and making cute faces, and decides to give acting a shot. She wants to be considered a serious actress, so she sets out to land a role on a murder mystery tv show. She gets the part, but one of the requirements is the inclusion of a rape scene, and her publicist/agent is none to happy about it. She agrees to do it anyways, but the ramifications are abrupt and unsettling. The ghost of her old self starts appearing to her, and she begins drifting in and out of a dream-like state, unsure of who she really is.


Throw into the mix a psychotic stalker who seems to be hanging around just about everywhere Mima goes, and you've got yourself a damn fine drama. I've seen comparisons made of this film to David Lynch, but honestly, Perfect Blue is much easier to digest than the "what the fuck is going on?" style Lynch is so fond of. However, there will be times you're not sure exactly what's really happening and what's in Mima's own mind. It's just not so damned out in space about it. Perfect Blue is really worth checking out, and I recommend viewing it at least twice before coming to any solid conclusions about the film's turn of events. 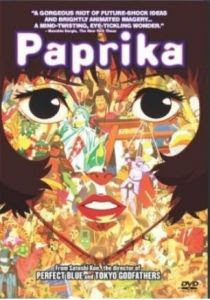 Paprika starts off inside the mind of a man. In his dream, he shifts between a circus, a scene out of From Russia With Love, a Tarzan movie, and finally something from his own past. When he wakes up, we find out that his dreams are being monitored and recorded by a device called the DC Mini. The purpose of this device is to help therapists and psychologists better understand the minds of their patients. A noble effort, indeed, but soon after the therapy session, a DC Mini is stolen and all hell breaks loose. You see, the device that was stolen had no security protection installed, and whoever operates it can go in and out of the dreams of whoever is using a DC Mini. As more and more people start going insane, it's up to the creators of the DC Mini to find the thief and undo whatever damage they did.


Apart from the great story, the visuals become more and more stunning as the dreams of many people begin to mix and grow. There's a character in the film who, if they were ever to do a live-action adaptation(I hope they don't), should be played by Max Von Sydow. The resemblance is uncanny, and you could compare the character to Von Sydow's Burgess in Minority Report. It's a fun ride, and has the added bonus of making you think about the ramifications of technology on society.

As I said before, these films share a common trait: the blending of reality and dreams. They handle it in vastly different ways, and it's a testament to the brilliance of Satoshi Kon that he's able to make two films about the same subject, yet come away with pieces that stand on their own two feet.


In the next installment, we'll have a look at Satoshi's Millenium Actress and Tokyo Godfathers. So let me know what you think of Perfect Blue and Paprika, and hopefully you'll stick around for round 2 of Anime Afterthoughts, unless you've gone on a Miyazaki binge or something. Which again, I could forgive you for.