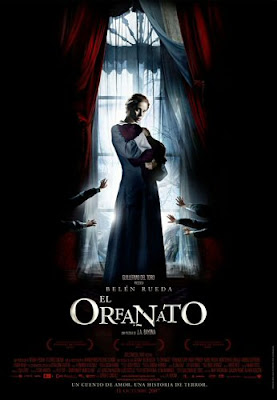 The classic haunted house movie has seen so many incarnations that it's almost impossible to count them all. A lot of them are utter crap, and it's only so often one comes along that doesn't adhere to the rules this sub-genre has set up for itself. If you've seen the trailer, I'm sure it looks a lot like every other haunted house movie you've ever seen, but believe me, it isn't. The story does share some superficial similarities -- a couple moving into an old, spacious house, a child who sees things no one else can see, a mystery that extends farther than initially believed, and even a séance. The difference here is that none of those examples are part of a checklist the filmmakers needed to get through in order to make a horror movie. They don’t feel like plot devices; everything that happens is believable and speaks to your emotions. There's a subtle grace to the way every scene was filmed, and the result is a movie that's beautiful to watch but heart aching to feel. 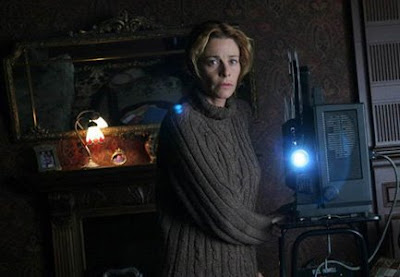 The story is about Laura and Carlos(Belén Rueda and Fernando Cayo), a couple with a seven-year-old child, Simón. The house they just moved into used to be the orphanage where Laura grew up, and they plan to turn it into a place for helping a few children with down syndrome. Simón is HIV positive, and his parents don’t want him to know about it yet. They give him pills daily, which seem to curb its effects. The thing that struck me most about this aspect of the story was how underplayed it was. There were no doctor or hospital visits, no melodrama; Simón had a disease, and that’s just the way it was. He was also adopted, and I didn’t feel it was anywhere near as important as him being HIV positive, but only because Laura comes from the same background. But I also would have reservations about telling a young child something like that too early, and I think Laura and Carlos were doing the right thing by keeping it from him for the time being. From the beginning, Simón has imaginary friends. And when he and Laura go down to the beach to check out a big cave, he starts talking to (seemingly) himself while inside the cave. She thinks nothing of it, since he’s been doing that sort of thing for a long time. However, Laura does shine the flashlight in the direction of his conversation, and of course, sees nothing. The foreshadowing says something different, but there are no false jump-scares here. In fact, this movie has literally zero jump-scares. Everything has a suitable build up of tension, so when something does happen, it’s that much more intense. 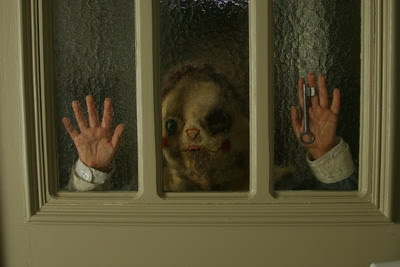 One day, Simón tells Laura about a game his “imaginary” friends play with him. They take something of his and hide it, and he has to find it. He wants to play the game with his mom, so they go all around the house, finding the various clues strewn about. When the clues lead to a locked drawer where Laura keeps Simón’s medical files, she yells at him to not touch anything in there. Apparently, though, a new invisible friend told Simón that he was adopted and was going to die, so he screams everything the friend told him back at his mom. I think that’s a hard thing for a kid to be told, and especially by someone that everyone else thinks doesn’t exist. Simón runs off, leaving Laura in stunned silence, and they don’t speak again until the next day. Like I mentioned before, I really think this story element was done in just the right way. Too much of it would lose the creeping tension, and too little would make it pointless. But here, their love is definitely shown as reciprocal. Even so, the burdens of his ailment and origin strain them both to the point where Simón lets Laura have it with all his bottled-up emotions. All of this is paramount, because what happens later hits even harder when you know the sad facts that surround Simón and his future.


The family decides to have a party for the children who will be staying with them, but it doesn’t go as planned. Before the party starts, Simón gets into an argument with Laura and she ends up slapping him. She immediately regrets it, and tells him no one is forcing him to come down to mingle. That exchange ends up being the last she ever has with her son. A little ways into the party, she goes looking for him, but he’s nowhere to be found. Frantic searching turns into a full-fledged search party combing the beach and surrounding water for Simón, but he’s never seen again. Flash forward 6 months, and their search has turned into an obviously hopeless cause. Laura and Carlos have a whole room of the house dedicated to maps of the area, replete with news clippings and thumb tacks holding up various pieces of information, but at this point the chances of finding their son are virtually non-existent. The couple is shown attending a bereavement group, and it’s there that Laura confides her belief that ghosts are inhabiting her house, and it has something to do with Simón’s disappearance. There’s a very touching moment during the group session, where another mother describes seeing her daughter a year after her death. She explains that her appearance wasn’t a fearful one, but rather a source of comfort that her daughter was in a better place, and it greatly eased her suffering. There are plenty of scenes like this, and it’s one thing that elevates The Orphanage above most other modern horror offerings. 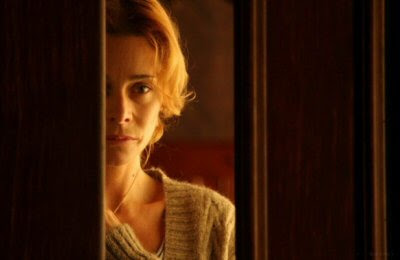 What follows is a journey of discovery not only about the fate of her son, but also that of her past. It’s up to her how far she’s willing to go to find out what happened, and the film conveys the sense that no matter the outcome, things will not turn out the way everyone wants. The director, Juan Antonio Bayona, displays a mastery of dramatic horror that few others even aspire to reach. His film does much more than just creep you out – it takes you to a place of such high anxiety and sympathy that it’s hard to not expect the same from every like-minded film you’ll see from now on. In a way, it reminds me of Don’t Look Now and The Devil's Backbone, both horror movies that cared more about its characters than scaring the shit out of you. I simply can’t express with words how much I love this film, and I suggest you immediately seek it out and experience it for yourself.