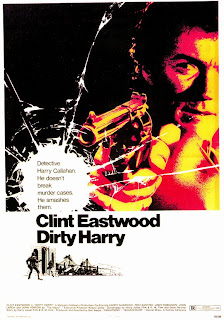 When my wife wanted to take a trip to San Francisco, there were only two things on my mind. The first was seeing Alcatraz, and the second seeing some of the famous Dirty Harry film locations. As a movie junkie, how do you not visit a few locales where Harry battled Scorpio by the bay?

If you remember the film, you'll recall a scene where Harry was trying to save a girl who was buried alive by the Scorpio Killer. Scorpio had Callahan running all over the city with ransom money, and he had to reach certain checkpoints by an exact time or the girl would be allowed to suffocate to death. The final checkpoint on the ransom run was the giant cross located on Mount Davidson. 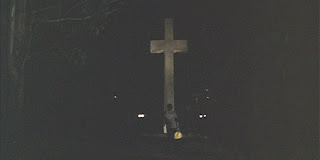 Harry running to the ransom drop at the cross 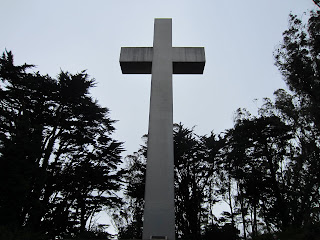 My pic of Davidson's Cross
This was the only time in the film where Harry was in danger of being killed by Scorpio. The madman forces the inspector to assume the position with his nose against the cross. We know that eventually Harry turns the tables on Scorpio and stabs him in the leg with the switch blade cleverly hidden in his sock.

Harry in serious danger from Scorpio 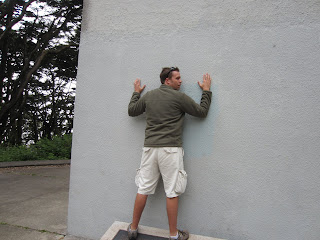 Me in danger of looking like a jackass
The second place I went to was Kezar Stadium where Harry blasts Scorpio in the leg with the 44 Magnum. He never even asked Scorpio's leg if it felt lucky before stabbing and shooting it. Kezar used to be a much bigger stadium, but has been downsized over the years. The serious Harry fans will still be able to recognize the iconic football field.

two killers facing off on the field

Scorpio not feeling lucky at the moment 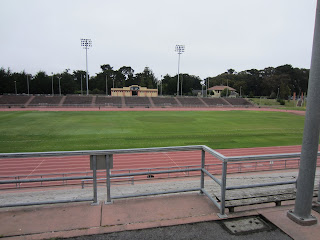 Kezar Stadium as it looks today
Of course what would a movie taking place in San Fran be without a trip to Golden Gate? Callahan looking over the bridge is one of my favorite shots in the film. 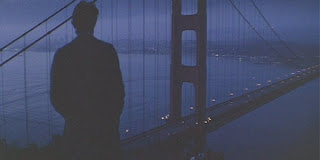 Harry contemplating life in the SFPD 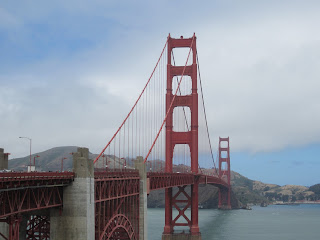 seeing it for real was amazing
Now I have to watch anything and everything movie related about San Francisco. It's pretty cool to be able to visit some locations of one of my very favorite films. Has anybody else seen some cool movie sites?
Posted by MarkusWelby1 at 5:58 PM