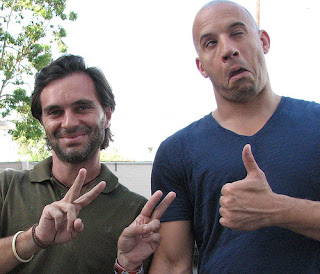 
Right off the bat, he explained that Not So Fast will be a departure from the series. "It's a period piece," Diesel said. "It takes place in 1926, and it's about Dom and O'Conner's great-grandfathers robbing a bank in a Ford Model T." 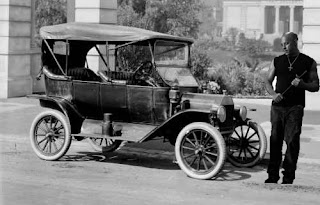 Not So Fast, but Still Furious will center around Dom's great-grandfather, who has his eye on the prize.

"It might not seem that exciting," Diesel continued. "But back in the '20s, 45 MPH was a big deal. I felt like with the last movie, we did pretty much all we could do in a modern setting, so I decided to turn back the clock. I mean, c'mon. Tommy guns, trench coats, and Model Ts. It'll be furious. Just not quite so fast."


Diesel provided us with early footage of Dom's accomplices stealing some Model Ts and driving "super crazy in them...for the time."

When asked to explain how he and Paul Walker look exactly like their great-grandfathers, Diesel shrugged his shoulders. "Look, in the movies, you can get away with that shit. It doesn't matter if we're talking 80 years ago or 800 years ago. Any ancestor can be played by the same actor. That's just how it goes." 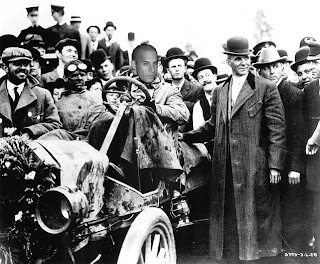 Here, Dom's great-grandfather, known as "Braun" Toretto, is about to steal a Model T right out from under the nose of Henry Ford (right, in Bowler hat and coat).

We didn't want to ask Paul Walker any questions, but at the first brief moment of silence, he decided to chime in. "Yea, but like, their great-grandfathers won't be exactly like Dom and O'Conner. Where Dom would say something like, 'Shitty call, O'Conner,' his great-grandfather would say, 'Great job, shit-for-brains!' Or my great-grandfather would be like, 'So are we gonna knock over that bank and blow this popsicle stand or what?' So you can see their personalities are, like, totally different."

It remains to be seen how fans will react to the period change, but our guess is as long as Vin Diesel brings the muscle, they'll bring their ten bucks to the theater. We asked for a firm release date, but all he was willing to say was that they were shooting for summer of 2013. We'll keep you updated as more information is uncovered.
Posted by Sir Phobos at 1:09 AM