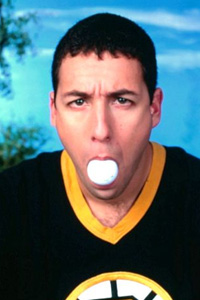 
Studio execs know the bottom line is all about making cash for the company, and usually Sandler's low-brow antics are a surefire bet. But after "Jack and Jill" stumbled out of the gates, the corporate bigwigs aren't so certain anymore. "That turd cost eighty million bucks to make," one anonymous producer told us. "And for what? It's Adam Sandler in drag. How much does it cost for some woman's makeup and a lousy wig?" Our source went on to tell us that studios have basically grown tired of Sandler, and are doing audiences a favor by sparing them from future works of fecal matter. "I read the script for Flippy Crapwell: Toilet Repairman," said another producer. "Any script about a toilet repairman gets immediately flushed down the toilet as far as I'm concerned." 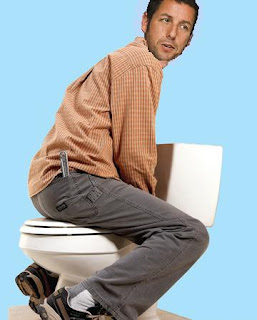 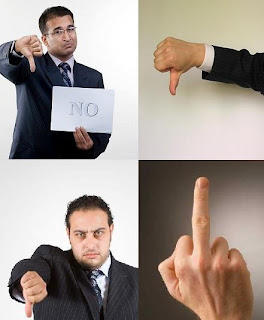 Hollywood producers "just say no"
It's not a very glowing endorsement from executives, but Sandler is still confident that he'll get "Flippy Crapwell" out of the sewers and into production. "I'm going old school on this one," Sandler said eagerly. "I'll be doing a third version of the Hanukkah song, and I've got a surprise cameo role for one of my buddies who only gets work when I put him in my films. Trust me guys, this is gonna be my best stuff when it finally gets made fo-shizzle!" 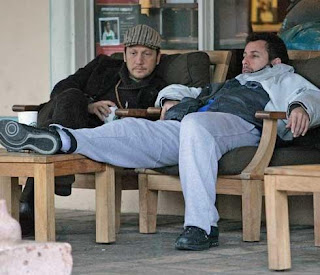 Just a hunch, but GPS thinks the surprise cameo is Rob Schneider

Could this be the end for Sandler and Happy Madison productions? With receipts for "Jack and Jill" continually heading south, it seems like it could be. We hope that "Flippy Crapwell" will eventually get the green light and reignite audience enthusiasm for the veteran comic. Until then, we can always look back and be amused by "Billy Madison." Now that was comedy gold wasn't it? Maybe not.
Posted by MarkusWelby1 at 5:15 PM