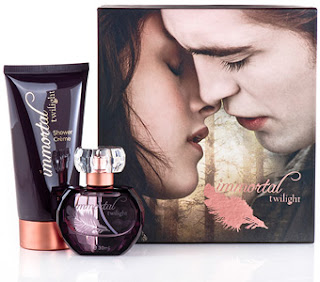 
Willamina Duchesne, spokeswoman for the perfume line, had this to say about Immortal Twilight. "The Immortal Twilight scent was developed to emulate the way Bella smells to Edward with notes of cool citrus and wild chamomile, descending to reveal a delicate harmony of white freesia and peony grounded by the captivating and mysterious femininity of patchouli, cool amber and musk."

We asked what the fuck that was supposed to mean, and she replied, "Bella’s scent is irresistible to all vampires, especially Edward. The way she smells is otherworldly and one of the reasons Edward is powerfully drawn to her from the moment of their first encounter."

Fair enough. She then let us watch a work-in-progress of the commercial slated for this weekend.


We were unsure of what they were going for, exactly. "Well, it's simple" Ms. Duchesne said. "The idea is that Bella smells SO GOOD that Edward is immediately repulsed by how strong the stench is. She smells THAT GOOD. So we're trying to convey the message of love everlasting with a smell that will make men gag on the spot. It's THAT GOOD."

We then caught up with a couple of women who were part of the perfume's trial run to see how it fared in the real world. 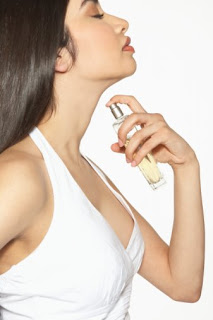 Ginger, a magazine model, was given a sample bottle of Immortal Twilight and told to walk around town. 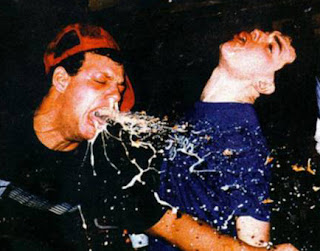 As advertised, it worked like a charm. Pedestrians were awe-struck at the way Bella smells.

We interviewed Ginger after she made the rounds, and she was amazed at the outcome. "I couldn't believe it," Ginger gasped. "Men were beside themselves with emotion after just one whiff of my scent. It was exhilarating!" 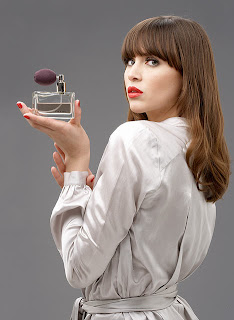 Giselle, another model, was tasked with spraying herself with some Immortal Twilight and going to a restaurant. 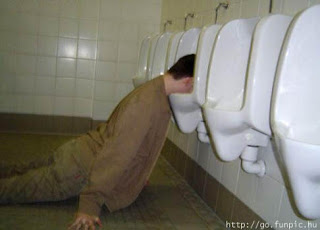 The effect was even more devastating, as bar patrons passed out despite the fact they were in different rooms.

Giselle was less enthused about the results of her room-clearing body odor. "I was almost in tears. I thought there was some kind of chemical attack going on, but it was just my neck line. This stuff might be an effective roofie, though."

Rumor has it that the French line of Immortal Twilight is set to premiere within the next couple of weeks, and our sources are telling us it will be called Everlasting Toilete (pronounced Twa-let). More on that story as it breaks.
Posted by Sir Phobos at 7:46 PM