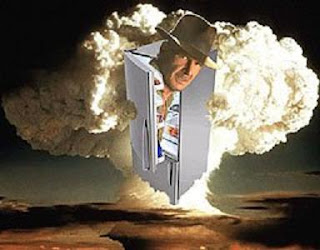 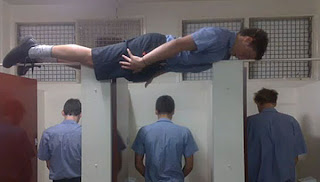 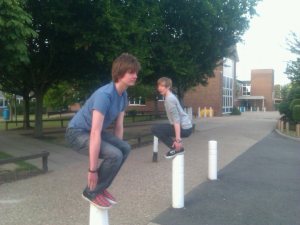 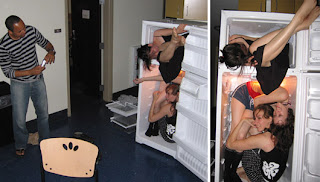 and now NUKING are sweeping the nation
When Spielberg stepped up to the plate and took the rap for the refrigerator debacle, Indy fan Rob Wallbanger felt compelled to somehow pay him tribute. "I climbed into my fridge and had my girlfriend take my picture," Wallbanger stated. "I figured with all the hoop-lah over planking and Tebowing recently that NUKING would be a slam dunk. I posted that shit on my twitter feed and it just took off like a rocket!" Wallbanger noticed that he was getting an unusually high amount of re-tweets after he posted it, and he knew he had something special. "Over half a million clicks on the damn thing and people are sending me their NUKING pics as well." It appears that people of all ages and wakes of life have been participating in the internet NUKING phenomenon. "Anyone can do it," Rob says. "Adults......old people......hell I've seen people sticking their kids in fridges and NUKING em. NUKING appeals to all!" 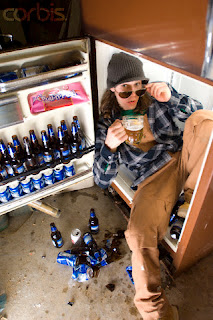 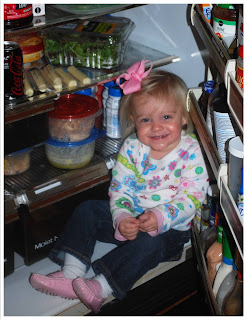 people of all ages can enjoy NUKING
The wild popularity of NUKING will most likely be short lived as most internet memes are, but Wallbanger will continue to enjoy his fifteen minutes of fame. "Spielberg just tweeted me a pic of him NUKING the other day and thanked me for my support," Rob said excitedly. "That's a major milestone in my geek life, and I'm going to enjoy every moment of it!" 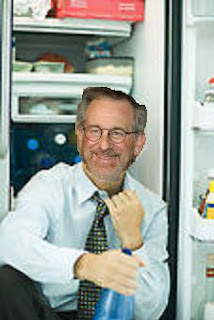