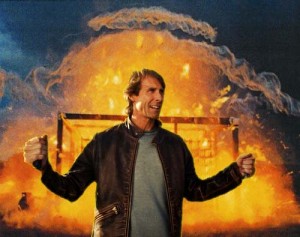 People often say good things come in threes. "Transformers: Dark of the Moon" is number three in the franchise. Top of the line 3-D filming equipment was used during production...... and after the third day of the upcoming holiday weekend, director Michael Bay will be dragged to Hell by the Lamia for unleashing it onto the viewing public. Going back to work after celebrating the 4th of July just got a little easier, but what chain of events has led to the sudden rejoicing of summer blockbuster fans everywhere?

Sources say that a recent sneak preview hosted by Bay himself left two people of Gypsy descent less than enthused about his latest box office behemoth. The filmmaker was startled at a post screening autograph session when a hideous elderly woman took a signed poster, cursed it and handed it back to him with a devilish grin on her face. "I think she said la-me-yah.....or something like that," the perplexed director explained. "Then she just took off with a creepy looking kid in tow.........anyone want this poster?" 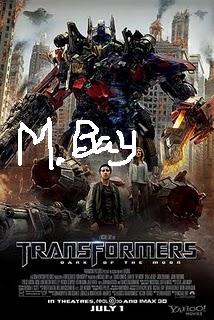 The cursed poster signed by Bay

GPS was able to track down the Gypsy woman in question and learn a little more about the incident. Sylvia Ganush was just trying to have a fun night out at the movies with her grandson Yoska, but was disheartened when he didn't enjoy the 3-D Bay-porn spectacle. "He had three chances to make a good film about giant transforming robots that my Yoska would love and he shames us with this," the disgruntled Sylvia asserted. "Now Lamia will take him to Hell in three days!," Yoska shouted victoriously. 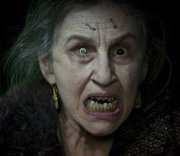 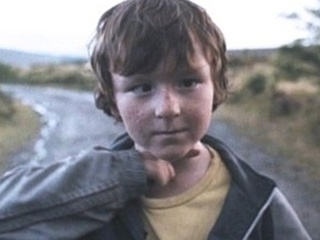 Yoska Ganush just wanted a good "Transformers" movie
We learned that once the Gypsies have cursed a person with the Lamia, they will be mentally and physically tormented by the demon for three days before finally being taken to Hell to suffer for all eternity. "He's getting off easy," Sylvia insists. "Just wait and see what we have in store for the director of Transformers 4 if Yoska is not pleased!" 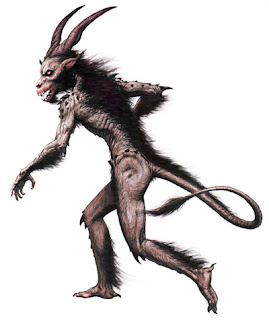 An artist depiction of the Lamia
While it's possible that many "Pearl Harbor" fans out there will be saddened about Bay's condemnation, film goers worldwide will now have cause to celebrate the Devil getting his due this 4th of July.
Tweet