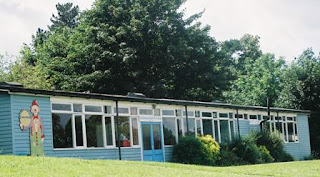 It's bad news for the Badham Preschool after a recent background investigation revealed there to be  unacceptable conditions for the young students who attend there. Prospective clients Marge and Keith Turner had almost settled on the Springwood Ohio school  for their five year old daughter Kimberly, but decided to do some homework on the institution first. Badham has typically been a well reputed business in the popular Elm Street subdivision, but that could quickly change now as details of the report emerge.

The Turners recently moved to Ohio after Keith accepted a transfer assignment with his company. Their first priority was to find a local area preschool for their child. "We felt great about living in the Elm Street community....and heard glowing reviews about the school and staff working at Badham," Mr. Turner remarked. The couple was hoping the background check would just be a simple formality, but ended up getting a lot more dirt in the details. So what exactly are the Turners concerned about? 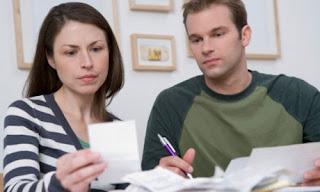 Marge and Keith....reading the troubling report
After paying a private investigator to do the research, the couple learned that a creepy gardener known as Freddy was living in the basement boiler room of the school. The private eye reported seeing the groundskeeper on the playground interacting with the children on multiple occasions, and believed this to be an area of immediate concern. "The first thing I did was ask the owner who the hell this guy was," the P.I. stated. The owner refused to be formally interviewed, but insisted Freddy was just a harmless children loving gardener and saw no immediate threat by letting him crash in the cellar for a while. "Fred is constantly hugging these kids and singing them nursery ryhmes.....plus he keeps the lawn as green as a shamrock....what's the big deal? They love him and sometimes he even sneaks into the class pictures for the yearbook." 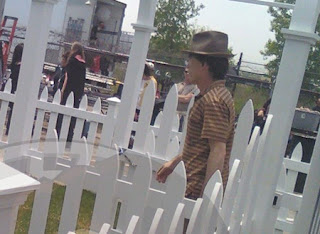 The suspicious Freddy seen entering the playground at Badham 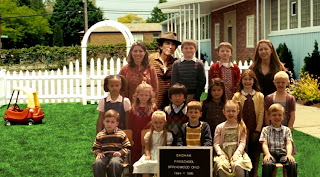 Freddy..top row second from left in a school photo
The Turners were even more troubled after getting details of Freddy's living conditions. "Basically......he's got a bedroom set up in the boiler room which I find to be just a tad unsettling," the investigator remarked. But then the detective found something that really got the alarm bells ringing. "He has this strange four bladed glove thing I found laying on his bed.......I really don't know what you'd use that for." When confronted about the glove Freddy seemed to have his defenses on the ready. "Gardeners need tools......I use the glove for...um....cultivating the soil," the groundskeeper emphatically declared. 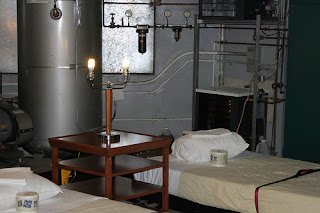 Freddy's basement bedroom next to the boiler 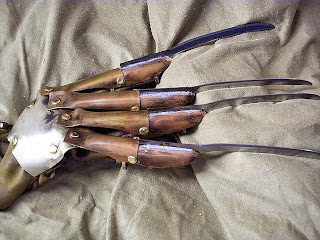 Soil cultivator...or something more sinister? You be the judge!
After being thoroughly informed, the Turners have decided not to enroll their only child at Badham. "It seems like a no brainer......any parent would have to be insane to let their children attend this school!" Mrs. Turner asserted." The Turners believe that the situation at Badham is a ticking time bomb waiting to blow.

So far the gardener hasn't harmed anybody, but only time will tell if the Turners prediction will ring true. Hopefully the lessons learned by the Badham report will serve to remind parents to err on the side of caution when it comes to selecting daycare or preschool for their children.
Posted by MarkusWelby1 at 2:17 PM