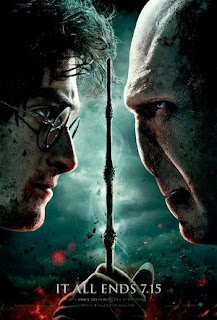 Rapture expert Harold Camping may have recalculated the end for this October, but the serious Harry Potter fans know better. In anticipation of the final film in the series "Harry Potter and the Deathly Hallows Pt. 2," a sub-section of die-hards have split from the main fan club and migrated south to a compound in northwestern Guyana. In the weeks leading up to the end, an organization calling themselves the New Order Luminaries Involved in the Franchise End or N.O.L.I.F.E. will spend their time celebrating the universe inhabited by the fictitious wizard.

Leader of  N.O.L.I.F.E. Arnold Higgenbothom has recently shed more light on his mission statement for the new fan community. "Some fans will be able to move on to a franchise like Star Wars....I hear they might be getting a live action series, but for some of us wizards, this is the ultimate....and there's no moving on so we're embracing the end date of 7/15/11." Higgenbothom claims that a following of  900 strong have willingly given up everything and followed him to South America. "We're a diverse collection of men, women, and children who since the beginning, have lived and breathed everything Harry Potter," the leader emphatically states.

N.O.L.I.F.E. leader Arnold Higgenbothom
The compound in Guyana seems to be in disarray, but Higgenbothom insists it will be able to house his followers adequately in the weeks leading up to the end. "Everyone will have a roof over their heads plus three hots and a cot," Arnold states. "We even have a movie screen prepared for a special midnight viewing of Harry's last outing." 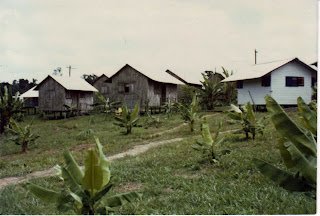 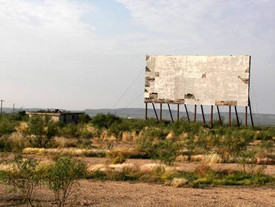 The compound movie screen ready for the last Potter adventure
When pressed for details on how devotees will spend their last day with the franchise, Higgenbothom seemed a little coy. "Let's just say it's going to be a very special day for Potter fans." The leader went on to give a little more info about the events planned before the end. "We will be screening all of the films leading up to the midnight showing, but after viewing the final film, we will all toast the franchise by drinking a cup of... um...er...special potion that will be simmering in a ceremonial cauldron." Higgenbothom believes after this, only Harry's most special fans will be at peace with the end. After being asked about the contents of the potion, the leader seemed to get irritated. "Don't worry about it......all you need to know is it sort of tastes like Kool-Aid," an exasperated Arnold declared. 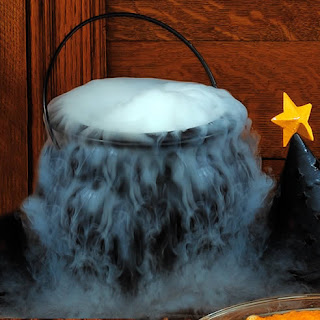 The ceremonial cauldron simmering with special potion
7/15/11 marks the end of an era for the bespectacled wizard, but for many fans, it's the end of a lifelong obsession with the institution of Hogwarts and its students. Some fans will be able to continue on and live a normal healthy life, but for others, this could be a dark day indeed.