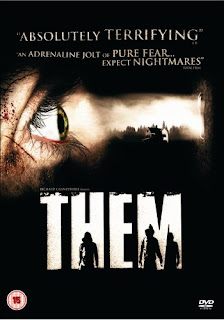 My dad called me the other day to touch base and talk about what's been going on in his world. The tone in his voice was a little off.....something was not right. All my life I've known him to be a fairly cocky individual who seemed to be able to handle any situation life throws at him, but during this conversation he sounded disturbed. He told me that he recently left his home to get some things from the store......no big deal.......just gone for about an hour, but when he came back he discovered that his home had been invaded.......and the intruders were still there! Luckily, his return scared off the guilty party and they took off leaving him to deal with the wreckage. The thieves took over twenty thousand dollars worth of valuables from my father and left the house ransacked. I'm thankful he survived unharmed and that the criminals were only after material things, but what if they weren't? What if they were only motivated by the thrill of invading another person's life and home? This brings me to 2006's "THEM"....a great little French chiller that will have you double checking your doors and windows and proudly posting that ADT sign in your yard.

Directed by David Moreau...."THEM" is the tale of Clementine (Olivia Bonamy) and her lover Lucas (Michael Cohen) who just want to settle down and have a relaxing weekend at their remote country home. After dinner and a little television, the couple call it an evening and go to bed for a nice long sleep. Their slumber is short lived after Clementine wakes up to strange noises coming from downstairs. Lucas goes to investigate and finds the television turned back on, their car out front is running, and headlights are blaring through the windows at him. After realizing that they are not alone and the house is surrounded by multiple assailants, Lucas accidentally injures himself and retreats upstairs to be with Clementine. The couple barricade themselves in their bedroom and attempt to formulate a plan to deal with THEM. Are they robbers?.....Are they murderers? The answer will definitely surprise you.

Clementine.....just taking a little peek at THEM
The film runs at a brisk pace clocking in at just about 77 minutes. Believe me when I tell you that after the initial set up......no time is wasted in delivering thrill after thrill. The couple's house is almost like a character itself. It's huge and partly under construction, which gives us eerie moments including a cat and mouse chase through a labyrinth like attic adorned with hanging plastic sheets. Clem and Lucas are smart heroes and easy to root for. They know it's better to cut their losses and run instead of trying to defend the house against overwhelming odds. I hate it when characters do stupid things that make me yell at the screen in frustration! (see 08's The Strangers...where two people in a similar situation have their backs to the wall with a loaded shotgun and still fuck it up!) You only have two characters in this story so you need to be able to side with them and hope they survive the night.

I'm a first time home owner and I can tell you it's a beautiful feeling of accomplishment. My home is my sanctuary.......it's where I live......relax.....and build memories in. I never want to go through the experience of having my sanctuary violated. Hopefully for me.....it only happens in the movies.