Michael Bay, or Damien Thorn? You Be the Judge. 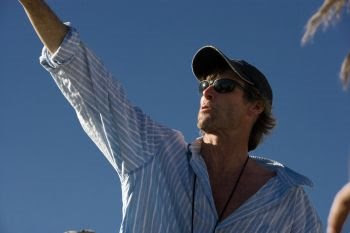 Having just watched the teaser trailer for Transformers 2, I felt it necessary to talk about it before my brain liquefies itself for fear of further misuse. As I've shown before, action movies can both thrill and invest your emotions. But sometimes, the thinking man gets too uppity, and someone has to bring balance back to the world. Enter Michael Bay. With his beady little eyes and seasoned bartender looks, he might deceive you at first. Maybe he's just here to entertain, you might think. But that would be a fatal mistake on your part. With no bones about it, his only goal is the retrieval of your $10.00 and re-appropriating your higher brain functions. 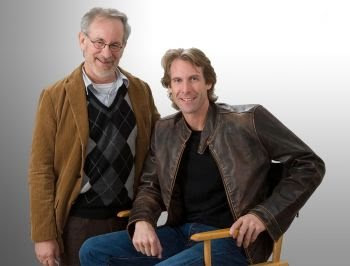 One of these does not belong with the other.


Back when I had the misfortune of sitting through the first Transformers film, I realized a deep truth: Michael Bay just doesn't give a shit. Despite anything I might say, his movies make an ass-load of money. It must have something to do with him catering to a certain, um, set of people. Surely, masturbation jokes while three-story-tall robots are hiding from a kid's parents in the middle of a fucking street has its place. But what kind of place is that? Probably the same place Jeffrey Dahmer and Hitler spend their weekends, but I can't verify my information. I'd honestly rather watch a Roland Emmerich marathon. That's a dirty lie, but still. My point is, Mr. Bartender takes everything that makes an action movie great, and promptly uses his martini shaker to mix a concoction of aqua-blue explosions and, well, more aqua-blue explosions. But now, there's also metal shit flying around during the explosions, and someone screams "Ahhhhh! Watch out!!!!" 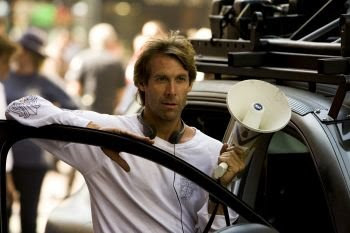 "Does my face make me look douchey?"

I guess I can't complain too much, because his dirty bartender tricks won't dupe me out of my money any more. I mix my own drinks, thank you very much, and they usually involve a language he's probably never heard of. In closing, I hope everyone who buys Michael Bay's shit realizes that you're paying for the brand, not the actual contents of the bottle.