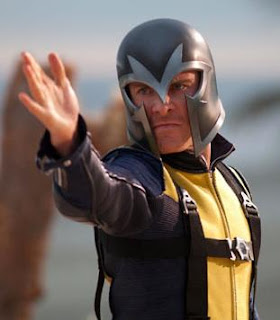 The mutant community has been rocked by news that its most powerful member was killed while on winter holiday. Erik Lensherr, AKA Magneto, was taking a sabbatical from his leadership duties in the Brotherhood of Mutants and sought solace from modern society at a cabin in an undisclosed woodland location. The master of magnetism was apparently prone to migraines, and he would often retreat to his favorite vacation spot to find peace from the metallic interference brought on by city life. When he didn't resume his world conquering duties after his expected return, the Brotherhood launched an investigation. The B.O.M. coordinated their search with the police as well as former friend and nemesis Charles Xavier. Magneto's body was quickly discovered through rigorous investigative tactics bolstered by Xavier's super computer Cerebro. Erik was pierced through the head by a wooden arrow with a polished bone tip and had no chance of using his powers to deflect it. The authorities have apprehended a sixteen year old blond female believed to be responsible for the crime after following her tracks through the snowy woods. 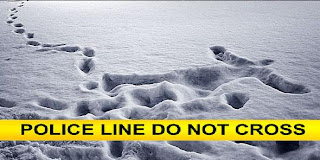 Footprints From The Crime Scene Lead Police To Their Suspect 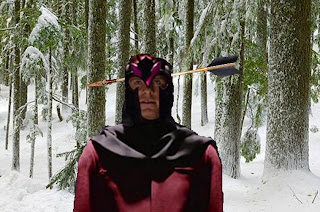 Magneto Powerless Against A Primitive Wooden Weapon
Professor X wasn't particularly surprised about how and where his one time friend met his fate. "I know he loved the woods, but you don't need psychic powers to see he'd end up coming out the ass end of a hungry grizzly bear........or something worse eventually," said the distraught Charles. "What good are magnetic powers in the wilderness?.....He didn't even bring his lucky lobotomy coin......what an idiot!" 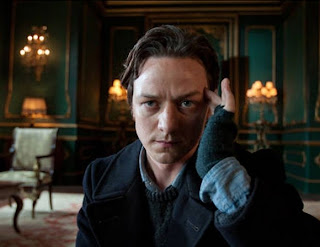 Charles Upset Over The Loss Of His Friend
The police are starting to gather details about the young suspect now known by the name of Hanna Heller. Heller has been living in the woods with her father for many years, speaks several languages, and is a deftly skilled assassin capable of using any weapon she has at her disposal. When asked about why she killed Magneto with her bow and arrow she merely replied with, "I want to speak with Marissa Wiegler." The authorities currently have no information regarding Marissa Wiegler, and Heller's lawyers have advised her not to answer any more questions on the matter. 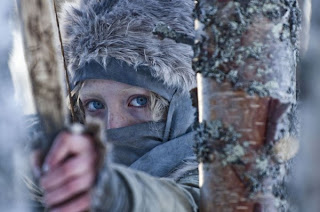 Hanna Heller Before Capture
The Brotherhood of Mutants will now have the difficult task of searching for someone worthy of Magneto's stature to fill his shoes. Super powered freaks continue to be saddened by the loss of the master of magnetism, but at least the world is a safer place with Lensherr out of the picture...............for now!
Tweet
Posted by MarkusWelby1 at 5:24 PM