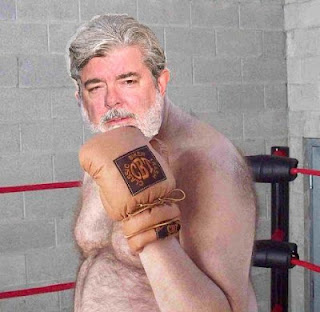 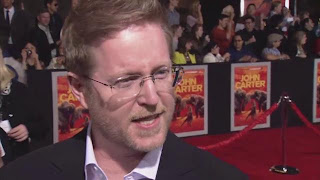 John Carter director challenged to a boxing match by Lucas
GPS sat down with George recently and the Jedi Master vehemently refused to acknowledge "John Carter" as one of the muses he used to create Star Wars. "The JC in John Carter stands for JACK CRAP because that's precisely how much I owe those books!" 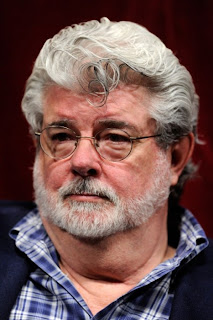 Lucas: "John Carter gets JACK CRAP for gratitude"
When asked why he has challenged Stanton to a duel in the ring, Lucas was quick to retort. "The director is always the scapegoat. Besides, I wanna see if he's tough enough to shoulder the burden for a franchise like I have over the years." Stanton has yet to comment openly about the challenge, and Lucas has been unrelenting with his verbal jibes trying to get the Pixar darling to respond. "It's not just physical....it's mental too. He knows I'm already victorious no matter what. If he wins I'll just digitally alter the outcome. If he loses I still win. Go to Wal-Mart right now and yeah you can find some John Carter toys in front of the Star Wars crap, but go there six months from now and see which toys are still there! Over three decades of brand stability BEE-YOTCH! I win again! Come on Stanton....fight for your franchise!" 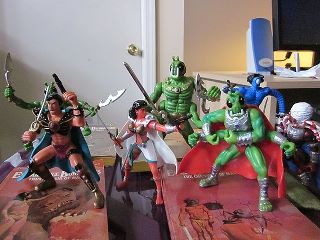 .....but which franchise toys will be there in six months?
George insists that despite his age, he's physically ready for the challenge. "George Foreman won the boxing title at 45, so it should be a cakewalk for George Lucas at 67!"  If it happens, Lucas believes this will be a geek-tacular event for the ages. "We're calling it the UFC, or Ultimate Franchise Championship. Winner take all, but like I said earlier.......we already know the outcome!" Words of confidence from the shepherd of a billion dollar franchise. Place your bets folks! 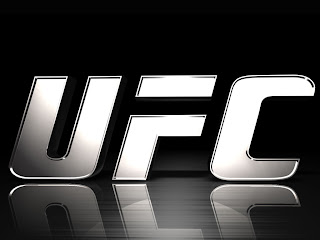