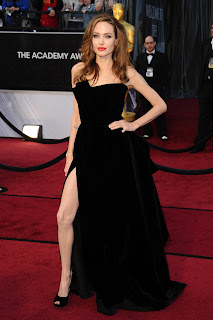 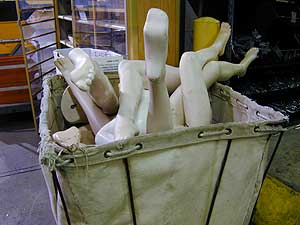 Jolie's Leg in high demand at costume stores
Annoying goth chick and part time costume employee Margie Helfner has already grown weary of the constant requests for Jolie's leg. "As soon as the legs come in, they're walking out the door," Helfner said irritatedly. "I'm like....we've got plenty of Lady Gaga meat-suits in stock, but I guess that's soooo 2010!" 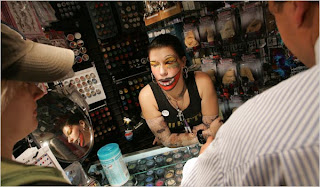 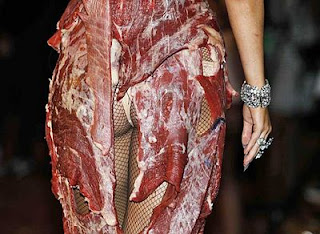 ...."but still plenty of Gaga's meat"
The months leading up to Halloween this year should be highly profitable for costume stores thanks to Jolie's leg and people who desperately wish to be trendy. Rumor has it that Jolie has a mole on her ass that shall be taking center stage at next year's Oscars. Costume stores prepare!
Posted by MarkusWelby1 at 11:33 AM