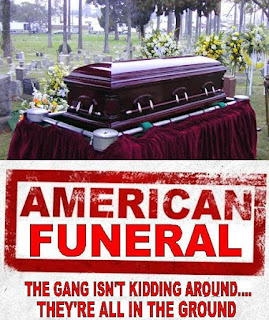 
Reunion star Jason Biggs was recently asked at a screening what part if any his character would play in the next Pie chapter. "I can tell you that my character's son will be dealing with losing his parents, and you better believe there will be some comedic funeral hijinks like a dick slammed in a coffin.....or someone boning Stiffler's mom's corpse," Biggs said enthusiastically. "As for me, my fifteen minutes of fame have been extended three sequels already so I'm pretty sure my time is about up and I won't make it back for another one." 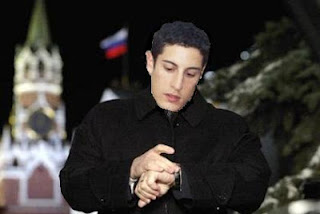 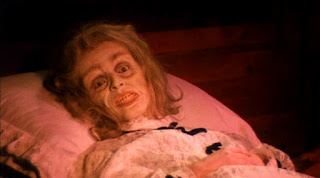 Expect Stiffler's Mom's cougar corpse to be on the prowl
Could "American Funeral" truly be the last hurrah for these beloved films? We all know that in Hollywood a franchise never truly says die, but if "Reunion" and "Funeral" don't pull in big box office bucks, the series could be facing a lonely existence in the "American Hereafter."
Posted by MarkusWelby1 at 12:44 PM