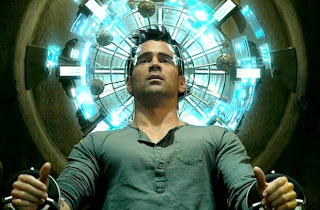 This is the funniest thing, but Markus and I don't remember watching Len Wiseman's Total Recall. Only vague images of explosions, jumping, and many elevators remain, but maybe we're just remembering something from a recurring dream or suffering from deja-vu. Weird right? We recollect being in the theater, and we remember driving home, but what the hell happened in-between?


Both Markus and I were excited for Total Recall. The cast looked great, and the abundant CG visuals appeared to be impressive. Something extraordinary must have happened during the time we were there up until now. Did someone not want us to remember the sci-fi blockbuster of the summer? It seems like the cinematic experience was almost completely erased from our brains, but as I prepared to write this post, I found a set of unusual pictures on my phone that might shed some light on the situation. Check this one out: 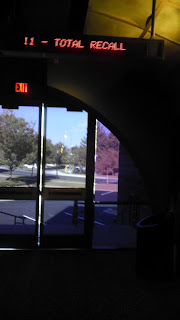 Alright, so I know for a fact we went to see the movie.

I have retained that there was a preview for The Bourne Legacy. Markus said he couldn't wait to see that one. Then, I know I opened a bag of nachos and started eating them. I usually only have about a third of them left by the time whatever movie I'm seeing starts, and I remember getting to around that point. Markus munched on a hot dog and complained about post-conversion 3D as the previews continued. Certain trivial details about the day remain crystal clear, and we know we were bracing for the awesomeness of Colin Farrell punching Bryan Cranston and Kate Beckinsale's delicious ass accent being projected on the big screen. But all of a sudden, we were in my car, and several hours had passed us by. The music in my stereo was booming, and I appeared to be driving home.

Perhaps the key to unlocking the mystery of our "Total Amnesia" lies in these photos. It seems like we had some sort of mind-altering procedure performed on us after the film was over, but who would do this and why? 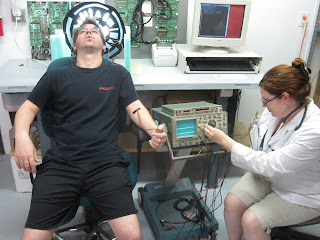 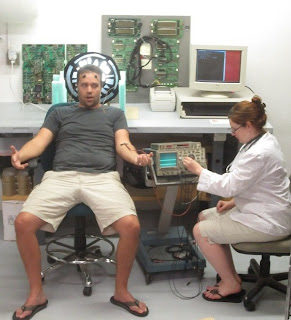 What mind-altering procedure was this?

We're not quite sure why someone wanted the memory of seeing Len Wiseman's latest masterpiece stripped away from us, but we also find it strange that documentation was left for us to piece together the mystery. Was it a trail of bread crumbs? 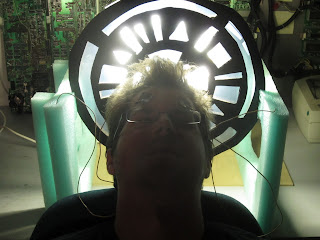 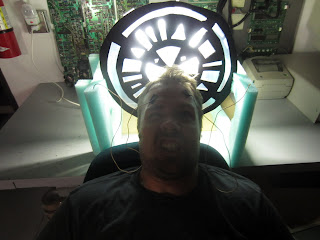 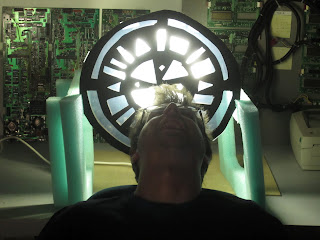 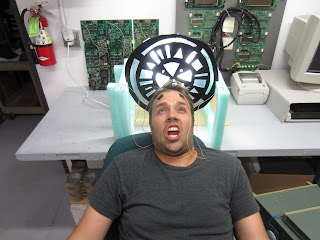 I hate hospitals and needles, so I have no idea what could possibly compel me enough to go through with something like this. It must have happened against my will, and just looking at myself after the procedure sends chills up my spine. 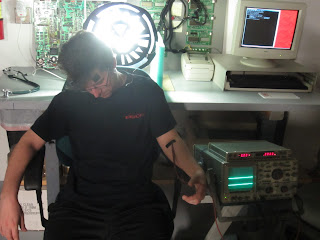 After the operation, it appears all Markus and I could do was stand there, stupefied. What were we thinking about? How did we get back to my car? It's not exactly pleasant to have the distinct feeling that something inside your head is missing, and that time has passed unbeknownst to you. Although, I wonder what the alternative was and if we would have been happy about remembering it? 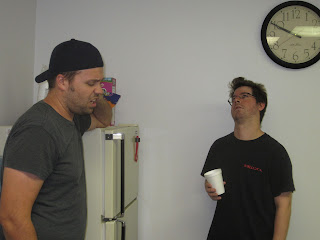 Did we not like the movie? Did we see it? I guess we'll never know.

Upon giving up ever knowing what we thought of Total Recall 2012, we parted ways. Oddly enough, we both had the same idea once we settled back into our normal routines. We wanted to watch something awesome. Something kick ass. Something that holds up no matter what decade it's watched in. Apparently, only one movie came to both our minds: 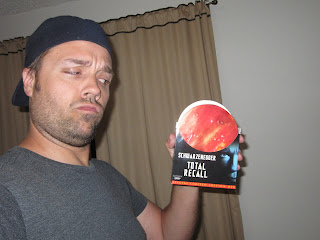 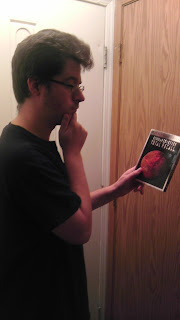 Completely chaining together the sequence of events that led me to this post may be impossible, and I recently received a cryptic text on my phone that makes the whole situation even more puzzling. It reads: SORRY TO BE AN INDIAN-GIVER BUT I WAS HERE FIRST. SINCERELY, AHNOLD. P.S. I ENJOY THE SOUP. Now our minds are completely blown. 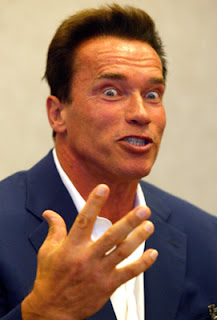