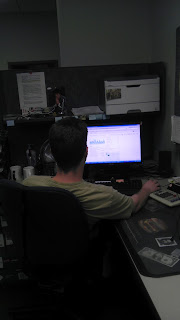 As midnight fast approaches on a Tuesday night, most people are already counting sheep. Not everyone, though. On the condition he remain anonymous, one film blogger opened up about his obsession with tracking stats and how it has affected both his blogging output and number of tweets sent out per day.


"Well," the guy with OCD said. "I can't tell you how many times I've tried to sit down and finish an article I started days earlier, only to have the whole thing devolve into seeing how many people from Switzerland are looking at my blog right now, this very instant. Actually, I can tell you. 276 times in the past month, not counting weekends."

That's obviously a conundrum, but to make matters worse, his Twitter account also suffers. "Sometimes, my feed will lay barren for a whole 2 hours! I mean, of course I have to keep hitting F5. How else will I know if any new comments were added to my articles since the last time I blinked?" 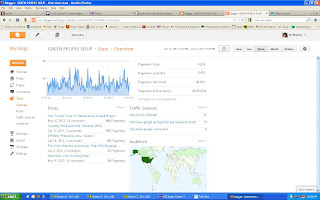 The page in question.

Our least-respected intern was brought in to get a few more quotes from this guy, since he was boring me to tears. Among the tidbits of information regarding his Buddhist-monk-like concentration on watching a counter slowly tick upward, we were able to learn "...how much [his] lower back and shoulders start to hurt after around 2am." Should he take a break and maybe go for a walk? "Um, no. If I did that, I wouldn't know if the 2 people checking out my blog for 'guy passed out hilarious' is an accurate number, or if those 2 people were there half-an-hour ago. It would be ridiculous, and I wouldn't be able to function." 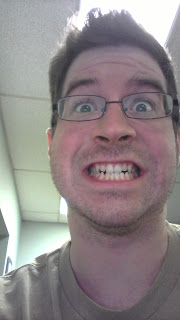 For a brief moment, the anonymous blogger can't tell whether or not his article on Chewetel Ejiofor is getting any play. It's a tense moment, to be sure.

Time will only tell if this manic blogger will be able to keep his condition under control, but regardless of the outcome of the next year of his life, we here at GPS wish him nothing but the best. Here's to him not developing carpal tunnel until he at least hits 50.