It's no secret that I love Anchorman. In fact, I believe it to be one of the best comedies to come down the pipes in the last decade. However, I also know there are those out there who would scoff at my profession of love. With that Brick-like stance in mind, GPS sat down with Leonard Potemkin, noted film journalist and burgeoning auteur, on the subject of why he calls Anchorman's Ron Burgundy an "unlikeable misogynist in a bad suit."


"Will Ferrell should be ashamed of himself," Potemkin continued rather dryly. "The character of Ron Burgundy gives me nothing, and I can't see why writer-director Adam McKay isn't blacklisted for being such a misogynist pig." 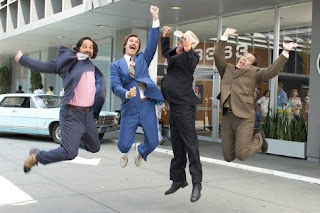 Potemkin wasn't done yet. "And another thing. Being that Ron Burgundy is such a dubious buffoon, I find it quite difficult to understand anyone enjoying his character's arch-less journey through the barren desert that qualifies as humor these days. Why is a giant erection funny?" 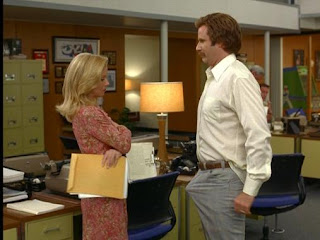 "Nuance and subtlety are all but nullified whenever Ron Burgundy is in the room," Potemkin harangues.

Misogyny and poor humor aside, what else gets Potemkin's goat? "Well, the premise, plot, screenplay, and execution are all utterly ridiculous," Potemkin murmured under his finely-groomed mustache. "I can't help but feel disconnected from the proceedings. Of course, having received my degree in journalism from Walden University, I know all about suspension of disbelief. But Anchorman won't allow for that. For example, by merely putting forth the notion that a human being of normal physical strength could punt a canine several feet into the air and over a bridge is, harumph, preposterous. Not to mention the immorality of such an act." 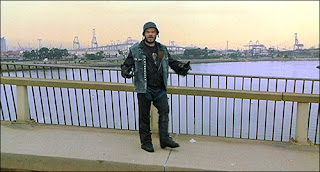 Potemkin has been boycotting Jack Black's films ever since the notorious canine-punting scene.

Potemkin also wretched at Anchorman's bald-faced dig at mentally handicapped people. "You can't deny the fact that this film - and I use that term loosely - prides itself as being a one-stop-shop for mockery of the mentally deficient. I feel sorry for the character of Brick. He shouldn't be forced to be around the rest of that gang of hooligans." 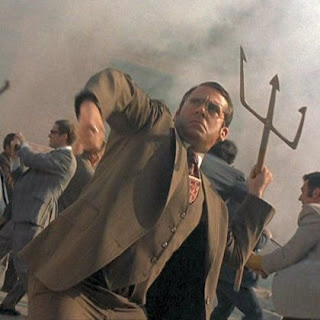 Despite his heroics in the epic News Team Brawl, Potemkin still feels Brick is being used as a stooge.

Unfortunately, Potemkin had to cut the rest of the interview short due to time constraints. "I have a screening to go to in New York in a few hours. Oh, you're curious? Don't worry about it. It's a heart-breaking indie docu-drama about a man who can only see the color blue. Nothing you'd know anything about."