The Five Things I Can Do Better than Jackie Chan 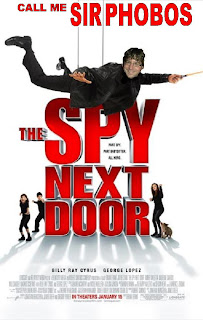 So, I was just sitting around watching The Spy Next Door, and the thought occurred to me: "Hey, wait a minute. Why can't an international spy who's brought down dictators make breakfast without setting off a smoke detector?" That's a profound question, indeed, and it led me to my current belief that I'm well-equipped to deal with the dual existence of being a CIA operative and a father. Oh, you doubt me? Fine. I now enter into evidence the The Five Things I Can Do Better than Jackie Chan.


1) We'll start off with something I already mentioned: making breakfast. It's a mundane task that pretty much everyone knows how to do, right? Oh, except for Bob Ho (not his real name).


PLASTIC MELTS IN THE MICROWAVE AFTER HALF AN HOUR, BOB.

I'm certainly no Julia Childs, but I think I can boil water, pour oatmeal into the pan, and hold a baby. Why the baby? Because I can do this better than Jackie Chan.


And I only had one hand free.

2) Sometimes, kids can be a pain in the ass, as every parent knows. I'm not one myself yet, but I don't think throwing a 4-year-old ten feet in the air and almost bashing her head into a chandelier should ever be used as a last resort for putting nighties on. Bob Ho (not his real name) disagrees.

Hmm, something is missing there. Ah, yes. It's the common sense I would use in the same situation, since I can do this better than Jackie Chan.


Notice, if you can, how I didn't throw the child like a ragdoll. This is normal behavior.

3) In The Spy Next Door, Billy Ray Cyrus plays a CIA field agent. Bob Ho (not his real name) sees nothing wrong with this, and even counts Mr. Cyrus as a close friend.

I do not know Billy Ray Cyrus, nor do I care to. Therefore, I have better friends than Jackie Chan.


Billy Ray Cyrus at your door would be like a Halloween night from hell.

4) Most people trip and fall every once and a while. But Bob Ho (not his real name), international spy, isn't always perfectly aware of his surroundings. Taking out the trash, for example, can be quite hazardous.

I actually watch where I'm walking, so I can walk and swivel my head better than Jackie Chan.


Even when oblivious, I know how not to trip over garden hoses.

5) Since we've already established that Bob Ho (not his real name) can't make breakfast for shit, it shouldn't surprise any of you to see him resorting to spy tools when the toaster JUST DOESN'T CUT IT.


Jesus, Bob. I guess they needed those right away.

I don't require a flamethrower for use as a kitchen gadget. I can make toast better than Jackie Chan.


The only downside is that it takes longer.

Before someone calls me out for thinking I'm better than Jackie Chan, I never said that. Not even once. I said I can do those five specific things better than him. In fact, I even have a Jackie Chan shrine on my desk at work. 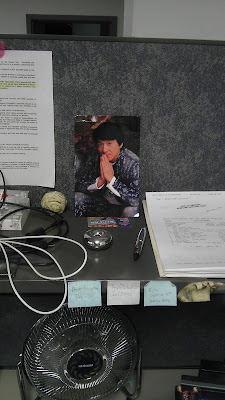 Meditating with the master helps get me through the day.

I think I've proven my case beyond a shadow of a doubt, so everyone can now start congratulating me on my parenting skills. If it's any consolation for Jackie Chan, I can't light myself on fire and get kicked in the face. Well, I guess I can do that, but I won't.