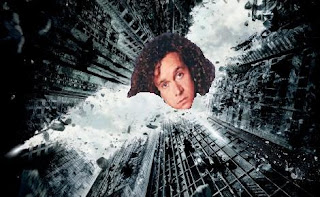 Since cross-promotion worked so well for Mission Impossible: Ghost Protocol and The Dark Knight, movie studios have decided to give it another go with The Dark Knight Rises. Attached to every IMAX copy of the film, the first 6 minutes of Encino Man 2 will be shown in amazing, never-before-seen, digital quality. We've yet to confirm with our sources if the movie will be in 3-D or not, but studio pressure might make that decision apparent. "We have a lot of hungry eyes to feed," Buena Vista Pictures/Walt Disney Motion Pictures Group spokesperson, Todd McPherson, said. "Imagine weezin' the juice in the third dimension. Picture being able to watch the whole prom party dance in unison as Link leads the brigade - in 3-D."
July 20th can't come soon enough for some, as this year marks the 20th anniversary of the original Encino Man releasing in theaters. In fact, many industry insiders are wondering if the 6-minute prologue will overshadow The Dark Knight Rises, which is meant as the main attraction. 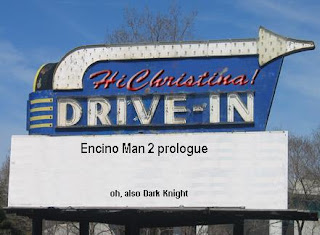 The anticipation is white-hot for the continued adventures of Link and Stoney.

GPS sat down with Pauly Shore to set the record straight on why the Encino Man sequel took so long to come to fruition.

"Well, I definitely didn't want to rush a half-assed sequel into theaters too soon," Shore told us. "I think word of mouth has been building up for a while, and now's the time to strike while the iron's hot. It just feels right." 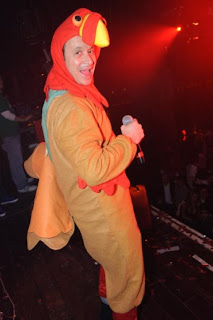 Shore, biding his time until he felt audiences could handle another Encino Man. 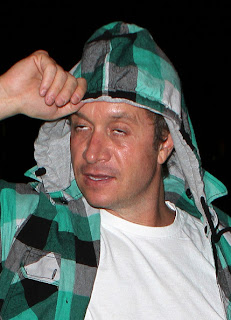 Not all of that time was well-spent. He looks like he could use some grindage.

We also tried to get Sean Astin on the record as to why he's not reprising his role, but his agent cryptically told us, "Lord of the Rings happened. You remember that, right?" 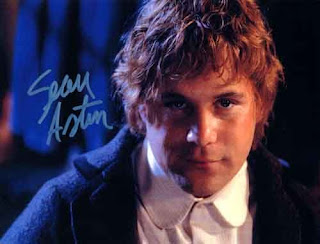 With one central castmate out of the picture, what does that mean for Brendan Fraser? I put it to anyone reading this to even attempt to enjoy an Encino Man movie without him. I think it's virtually impossible, and luckily for Shore and his re-discovered franchise, so does Fraser. GPS caught up with the actor as he was just hanging around, not doing much of anything.

"Yea, I'm stoked for everyone to see what we've been working on," the Furry Vengeance star said. "It'll be all about greasing the 'do back, bud-dy, and weezin' on the buff-fest, man. And you can quote me on that." 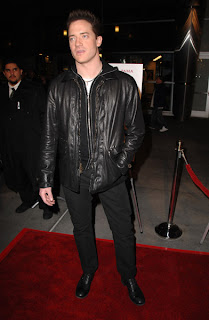 Fraser fondly remembers the red carpet as a place once traveled long, long ago.

I have no idea what Encino Man 2 will be like, but one thing is for sure: Fans will expect a song-and-dance solution to all that ails Stoney and Link, and it will have to top this: