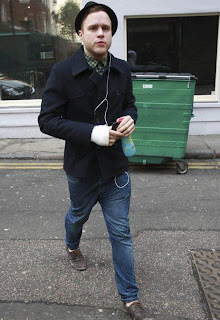 Dewey Shebag leaving hospital after attack
When asked about why he was singled out by the attacker, Shebag initially appeared apprehensive. "Look guys, the dude that did this to me was wearing a satin jacket that had a gold scorpion on the back.......the message was pretty clear to me as to why this was happening." The floodgates were now open, and we continued to press Dewey for more. "I shouldn't be telling you this, but I held a crucial vote for the best director nomination this year," Shebag said hesitantly. "It was either going to be Malick for Tree Of Life.....or Refn for Drive. I tend to favor more douchey pretentious shit that makes no sense like Tree over the ballsy existential character stuff in Drive. So of course I voted for Malick!" 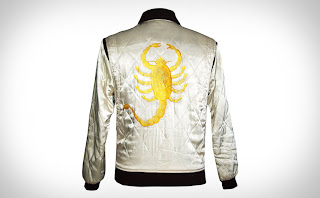 Shebag's attacker wore a satin scorpion jacket like this one 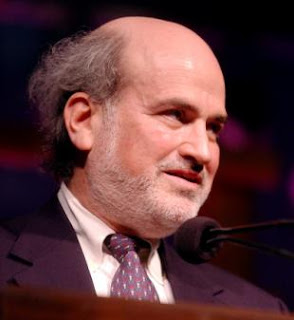 Shebag voted for Malick instead of Refn for best director
GPS might have smashed Shebag's other hand along with his nut-sack after giving a best director nod to Malick, and we certainly wouldn't have offered him a ride to the hospital like his trespasser did. "Yeah, I couldn't figure that one out either," Dewey pondered. "Like the driver in the movie, his actions were strange. I told him I'd call for an ambulance myself, but he refused. He told me I had a five minute window to compose myself for a ride to the E.R., but after that, he'd be gone. Then we got in his Chevy Impala and he drove like a bat out of hell. He dropped me off then just disappeared. My hand hurt like a mother-fucker the whole time, but it was all pretty exciting! I wish I could change my vote now!" 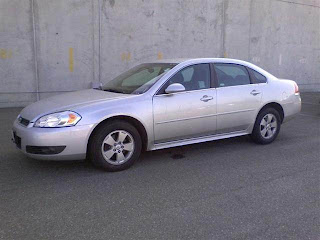 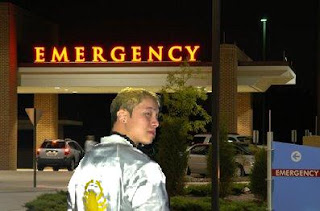 .....then vanished into the L.A. night
Shebag is recovering nicely, and has even decided to buy the recently released "Drive" on blu-ray. "I realize I did this amazing little film a disservice by giving Terrence the Oscar nod, but I'm going to do my best to spread the word and make sure people see this one too!" It sounds as if Dewey has learned a valuable lesson. "Drive" is currently available for rental or purchase at shopping outlets everywhere.