Not to be Confused with Magic Mike, The Asylum Partners with Green People Soup to Bring You Magical Mark 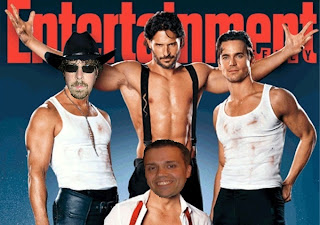 It's been a busy few weeks here at Green People Soup. You might have thought it was big news when I discovered some shitty Robocop DVD covers. You'd be right, of course, but I have even bigger news in store for everyone who frequents our tiny corner of the internet. Yep, you guessed right: I'm proud to announce our new partnership with The Asylum, in which we'll be bringing you, our loving audience, quality entertainment that has nothing to do with bigger-budget films who think they're hot shit. What better way to start off this glorious contractual arrangement than with Magical Mark, an original story about a male stripper struggling to mesh his professional career and personal life? You guessed it again: There is no better way.


The tale of Magical Mark centers around Mark, a young man who thinks he has it all. That is, until he meets a girl who throws him for a loop. You see, money, relative fame, and having any woman you want tends to get old after a while. So, to switch things up for a bit, Mark falls head-over-heels for his friend's sister, Jennifer. She's initially hesitant about dating a male stripper, but it's obvious Mark's charms will eventually win her over. 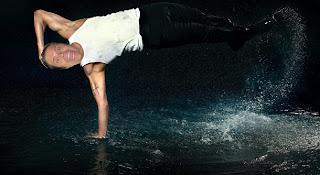 After a period of courtship, it's evident that Mark is more than the glitz and glam of his profession. He has real entrepreneurial talent, and with the confidence his new love life gives him, he even finds time to teach green strippers the ropes. 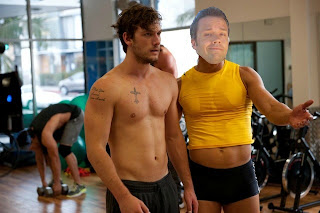 Mark shows a rookie how to properly crunch abs and whatnot.

I usually don't like to brag about myself, but I feel it important enough to mention my role in the film. When the producers at The Asylum and I sat down to brainstorm, we came up with a great character. Every young stripper needs a Yoda, so to speak, and nobody else was available after two minutes of dialing contacts in our phones, so I took on the role of Houston, Magical Mark's mentor. He's an enigmatic figure, so I won't give away too many character details, but rest assured, he's in good hands. 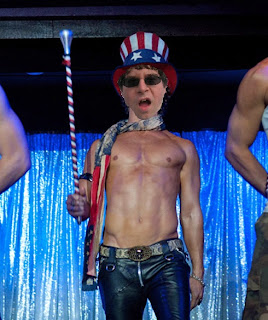 So is any hot, young female wanting to celebrate the 4th with me and my baton-twirling fingers.

We're under an embargo and can't discuss anything further, but I promise to update everyone as to how production is going as soon as I'm allowed to. Typically, these sorts of movies end up releasing before their big studio counterparts, but this time, we wanted to make sure the quality was there. You can understand that, right? Green People Soup is all about quality in everything we do, and we hope to see you at your local Redbox when it finally goes straight to DVD.