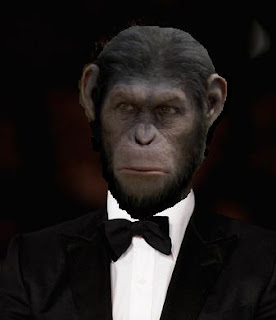 84th Oscar Host Caesar
After the Eddie Murphy and Brett Ratner Oscar debacle, The Academy of Motion Picture Arts and Sciences has found its newest master of ceremonies for the 84th annual award show. A public relations rep for the academy made the announcement at a bustling press conference and GPS was there to get all the juicy details for next years big red carpet event. "The academy is proud to present Caesar as our host for the 2012 Oscars," the PR agent declared to a stunned audience. "We're also dusting the cobwebs off Billy Crystal to co-host and mentor Caesar for Hollywood's biggest night of the year!" The revelation of the latest host is fortuitous timing for Caesar as his first major motion picture "Rise of the Planet of the Apes" is currently hitting theaters nationwide.
This would mark the first time in the show's history that a chimpanzee was given the hosting reins for the
popular show unless you count last year's debacle with Caesar's current co-star James Franco....hmmmmm....the irony. It will be quite interesting to see how Caesar fares on the big night being that he only communicates with sign language. A special interpreter has been brought in to translate the chimp's lines to the viewers. The Academy is well aware that last year's event was not well received by the public which is why seven time host Crystal has been brought out of retirement to make sure things go smoothly. "Franco and Hathaway stunk worse than a buzzard on a shit-wagon," the veteran comic professed. "A monkey could have done a better job........no offense Caesar!" 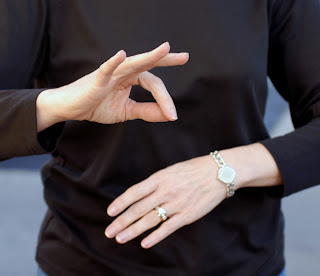 "No Offense Taken Billy"
Billy Crystal's opening musical montages have always delighted spectators on Oscar night, and the 84th award show should be no exception. The famous funnyman previewed what he and Caesar have been working on for the big number. "The theme of course is movies with animals," Crystal revealed. "Hollywood's been doing stupid animal flicks for years and we're going to try and highlight a few with our own unique brand of tom-foolery and wackiness!" 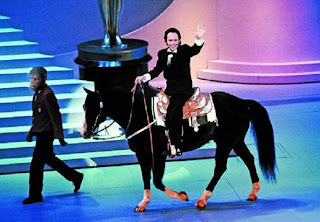 Caesar, Billy, Animals. Tom-Foolery & Wackiness Assured
As for James Franco, he's happy for his co-star's sudden rise to stardom and holds no ill will. "I'd give my right arm to host again and make up for last years turd," Franco maintains. "But I've no doubt that Caesar and Billy will put on one hell of a show on Oscar night!" Humble words from a hated host. Well done James. We all look forward to what Caesar and Billy will have up their sleeves for this year's ceremony! 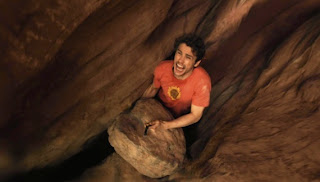 Franco taking his sentiment a bit too literally....
Tweet
Posted by MarkusWelby1 at 2:10 PM