The NeverEnding Story Remake, and My Newfound Hatred of Life. 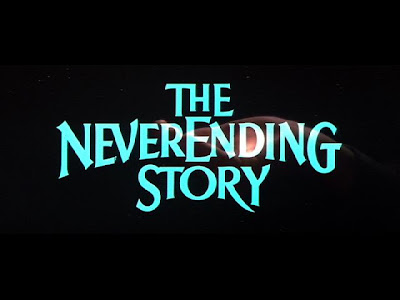 It’s no secret: I complain a lot about remakes, and rightly so, I think. But a lot of the time, I’m more opposed to the general principle of remaking a film instead of the quality of the original film itself. However, the news of The NeverEnding Story possibly being remade has re-ignited my inner nerd rage to previously unseen heights. Let me make this as crystal-clear as I possibly can: YOU DON’T FUCKING REMAKE THE NEVERENDING STORY, YOU FUCKING EVIL ASSHOLES. I mean, what improvements could conceivably be made? It sure as shit doesn’t have to do with the dark material (I haven’t read the book, and I never plan on doing so), and the animatronics are, to this day, fucking awesome. 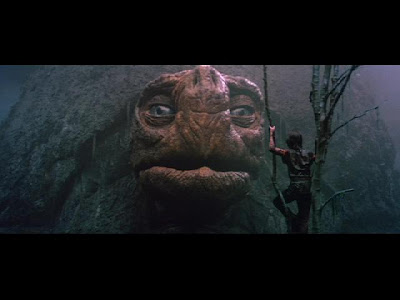 I'm not sure how you can get any more amazing-looking than this. 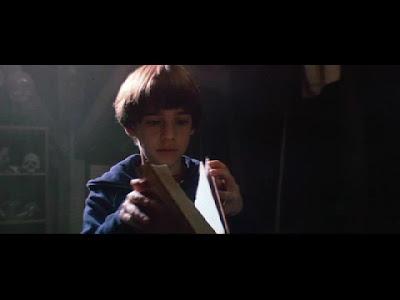 The story is just beginning.

The NeverEnding Story is one of my all-time favorite fantasy movies, and I watched it a shit-ton as a kid. It excited me, it scared the holy hell out of me, and it was breathtaking in every possible way. The story has a really, really dark element to it, and every time I would watch it, I was totally creeped the fuck out by the Nothing. G’mork, on the other hand, wasn’t just creepy – he genuinely scared me. But it wasn’t all horror, all the time. Quite the opposite, actually. There are a lot of wondrous elements to the film, including the snail racing, the rock biter, and, of fucking course, Falkor the luck dragon. Let’s stop here for a moment, and ponder how these characters would most likely be treated in a remake. My best guess puts animatronics out of the question, and with it one of the most striking aspects of the film. The visuals have stayed with me since the first time I saw it in the late 80s, and just from taking these screen caps, it’s obvious it wasn’t my retarded child-mind turning shitty special effects into something more awesome. Every fantastical creature in this film still looks goddamn impressive, and using CGI for the new versions will instantly deflate any lasting impression they might have had otherwise. I mean, seriously - a CGI Falkor? Kindly get the fuck out of my face with that horeshit nonsense. And I bet Atreyu will look like Prince Caspian, Bastian will be obnoxious as hell, and I’ll end up wanting to punch him in his face. Dammit, I’m getting pissed just thinking about this. 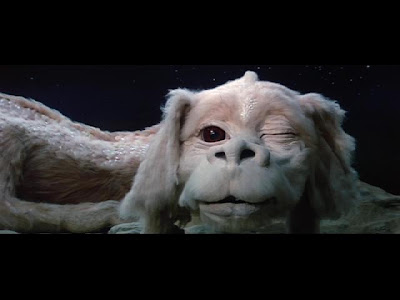 This is what animatronics you don't fuck with look like. You know...good. 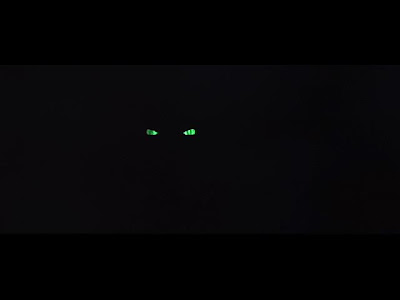 If you saw the film as a kid, these glowing eyes should be enough to make you check your pants.

Have you ever wondered why there haven’t been too many quality family films recently? It’s because they’ve taken out everything that made those movies great for the whole family, and now simply cater to the 10-and-under crowd. I did enjoy Matthew Vaughn’s last film, Stardust, but that’s about it. Golden Compass was alright, but holy shit – neither of these films are a hair on The NeverEnding Story’s humongous nutsack. Since when do family films have to just be for children? Look at this list and weep: The NeverEnding Story, Labyrinth, Legend, Dragonslayer, The Dark Crystal, Return to Oz (yes), and The Princess Bride. All from the 80s, and all fan-fucking-tastic. So my question to Hollywood is this: what have you done for me lately? Remaking one of the greatest fantasy films ever isn’t going to qualify, so fuck you. On a side note, the production company in talks to do The NeverEnding Story is also apparently planning to rape Akira by doing a live-action remake. Puke.

If you’ve never seen The NeverEnding Story, I envy you. You still get to experience it for the first time, and I couldn’t be more adamant that you should do it as soon as possible. Just looking at the DVD cover makes me want to call in to work tomorrow and have an all-80s fantasy day. I would dress up and shit, too – a robe and a wand should be enough, I think. Even if you suck and wouldn’t do the same, you still need to buy this movie and watch the shit out of it. It’ll amaze you every time.

There are so many great moments in The NeverEnding Story, and I thought it worth including a screen-dump of some of my favorite parts: 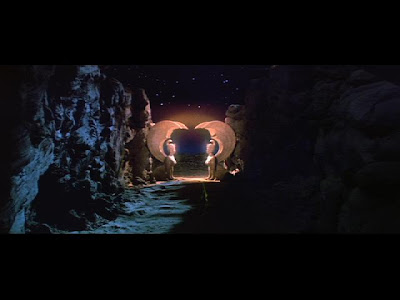 The duel Sphinxes, and a place I don't want to have to pass through. 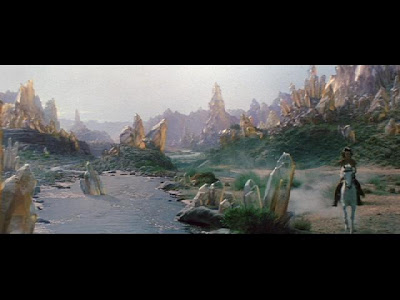 That shit all over the screen? It's called atmosphere. Look it up. 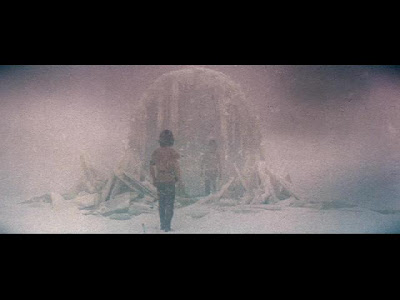 A really creepy, yet cool scene where two destinies meet. 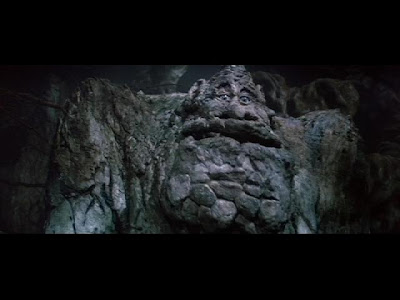 Another one of the many memorable characters. He'll probably be totally fucked up and retarded if this remake gets green-lit. Enter ANGRY NERD RAGE.